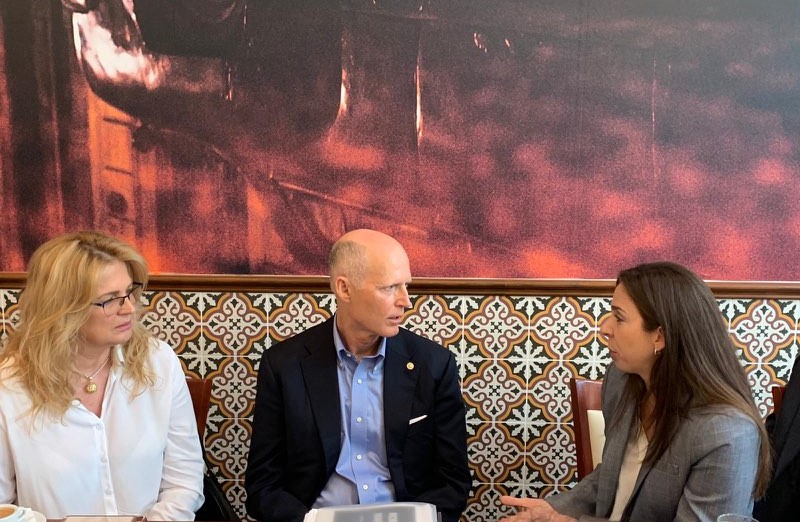 After the Maduro regime in Venezuela arrested Roberto Marrero, the Chief of Staff of President Juan Iguaido and destroyed his family’s home three weeks ago, Romy Moreno, his wife, was forced to flee that country.

Mrs. Moreno, who is in Florida, attended a roundtable meeting with Senator Rick Scott (R) in Doral, where the freshman senator continued his open opposition to “Maduro’s ruthless dictatorship” and the “thugs” that have carried out his human rights atrocities.

Scott’s colleague, Senator Marco Rubio (R) has been for years, the ‘big voice’ when it comes to shouting and dressing down Nicolas Maduro and his government.

But in his final years as governor of Florida, Scott began to callout Venezuela, and the Cuban regime that has propped up that dictatorship, as well as other similar governments throughout Latin America.

President Donald Trump and his administration have already stated that Maduro’s days in power were all-but numbered, and that all options, including military action, were being considered.

Maduro’s human rights violations, and criminal drug trafficking have been well documented in the past year or so, as amateur reporters and videographers in Caracas and other cities, have helped outline the case against the Maduro dictatorship.