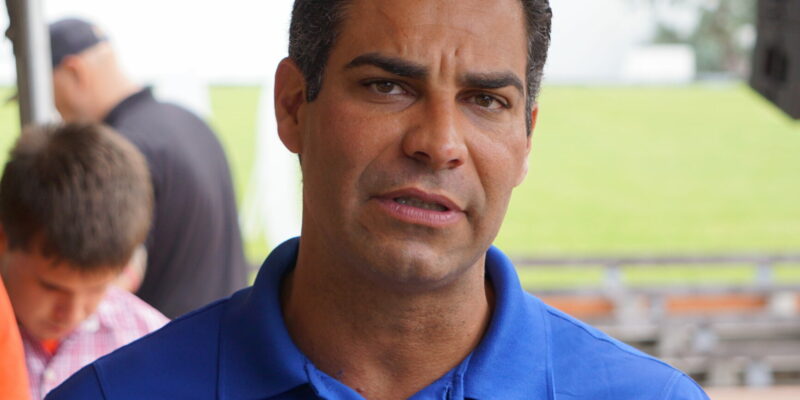 Miami— During this past weekend’s American Conservation Coalition rally at Bayfront Park in Downtown Miami, the organization’s founder Benji Backer praised City of Miami Mayor Francis Suarez for his commitment to fighting climate change and endorsed him for President of the United States in 2024. Well, Backer didn't utter those exact words, but he did say that Suarez would make a great president in 2024.

Mayor Suarez has not said that he would consider a potential presidential run in 2024, but others have, and some even say that Suarez will not rule out a potential run for president in 2024 if the opportunity presents itself.

But before he can seriously think about a 2024 presidential run, Suarez first needs to win his mayoral reelection that is slated for later this year.

Regardless of whether he wins his mayor’s race, Suarez, like the three other potential 2024 Republican presidential candidates from Florida — Sens. Rick Scott and Marco Rubio, and Gov. Ron DeSantis—will first need to see if former President Donald Trump decides to run of reelection.

If President Trump decides not to run for president in 2024, there will most likely be four presidential candidates from the Sunshine State.

Why not? Why shouldn’t Suarez run for president?

Conventional political wisdom will tell you that a mayor of a U.S. city is not as likely to win his or her political party’s presidential nomination and that a sitting U.S. Senator or governor has a better chance of doing so.

South Bend is not Miami, and Francis Suarez is not Pete Buttigieg.

Suarez does not have the name identification that someone like Sen. Rubio or Gov. DeSantis have, and would have to run a very lean and microtargeted presidential campaign, but isn’t that what Buttiegieg did, and look at him now.

Buttigieg went from being mayor of a small city to a top-tier presidential candidate, who is now the Secretary of the Department of Transportation.

Could Suarez follow that same path, where he decides to run in a Trump-less Republican presidential primary race?

Stranger things have happened, like Buttigieg'ss ascension in politics, but Miami’s Arroz con Pollo politics must first take its pound of flesh out of Suarez before he can consider 2024.