In March, Senator Scott directed a letter to Jeffrey Zients, the White House COVID response coordinator, urging the administration to allow cruise lines to resume operation. While the CDC has not responded to the letter, Senator Scott released a statement explaining why cruise lines are important to the Sunshine State’s economy.

“Florida is a tourism state with thousands of jobs relying on the success of our ports, cruise lines and maritime industries,” said the former Governor of Florida. “While many sectors of the economy have been safely operating for months under CDC guidelines, Floridians, and those across the nation that rely on on the cruise industry for work, continue to wait for updated guidance from the CDC,” Scott added. Because the CDC has not provided an update, the CRUISE Act is, therefore, a statement, saying that “we’re not waiting on the CDC any longer.”

Senator Rubio explained that “Americans who are employed by ports, cruise operators, or work in hospitality jobs near cruise terminals face an uncertain future because of the CDC’s unresponsiveness to requests for guidance by stakeholder groups.”

The CRUISE Act comes after Florida Governor Ron DeSantis (R) filed a lawsuit against the Biden administration this month. While holding a press conference in the Port of Miami, the Governor expressed outrage over the “tens of thousands of Floridians... throughout the state who depend on the viability of our cruise industry for their livelihoods, for their jobs, for their ability for people to feed their families.” 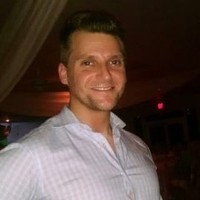