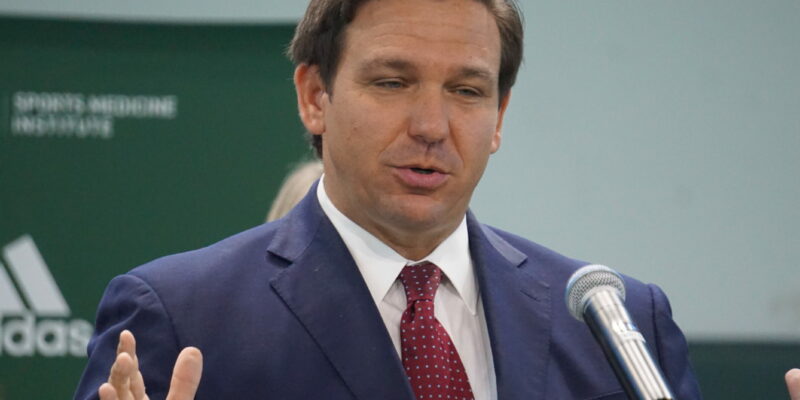 Just as Florida Democrats continue their efforts to tear down Gov. Ron DeSantis over his response to the COVID-19 pandemic, there are some “challenged” Republican activists that have joined with Democrats to express their disapproval with DeSantis, in particular his extension of the COVID state of emergency edict he just signed, questioning DeSantis’ COVID motives.

“As Florida continues to realize a manageable trend in COVID-19 cases, over 8.5 million vaccinated individuals, a 4.7 % unemployment rate well under the national average, and state revenues improving significantly from worst-case projections during the pandemic, gaining $4.1 billion additional projected revenue over three fiscal years from the August 2020 estimate, the state should prepare to resume non-emergency operations,” said Gov. DeSantis is a statement.

The wild statement against  DeSantis for extending his executive order simply to possibly raise more campaign dollars and to expedite his political career was made by failed, former Republican congressional candidate Jessi Melton. 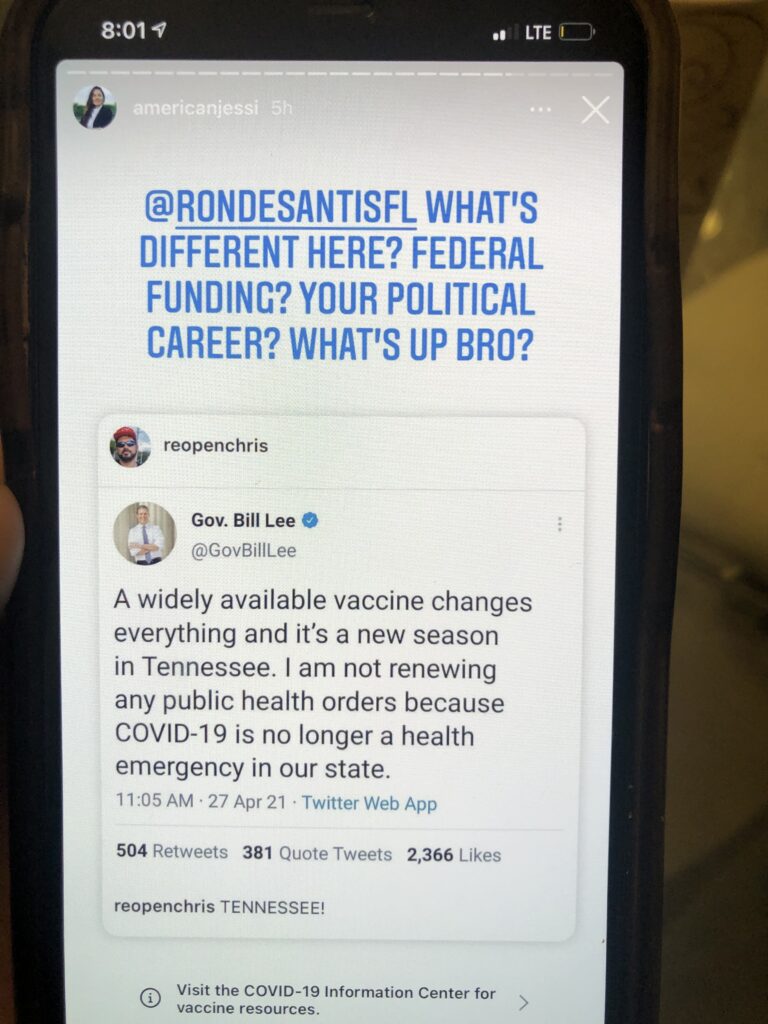 Melton’s post was in response to “NO Mask” activist Chris Nelson’s post about Tennessee Gov. Bill Lee’s statement that he would not be renewing any “public health orders” because he believes there is no longer a state of emergency in his state.

During the 2020 mid-term election, where Melton lost her Republican primary race in Florida’s 22nd District to Attorney James Pruden, the former exotic dancer and current Real Estate agent torpedoed her own campaign by pushing Qanon and Right-Wing conspiracy theories that were debunked and denounced by many Republican and Conservative activists and elected officials.

“The Governor is not aware of this candidate or her campaign and is solely focused on COVID,” said DeSantis’ close and long-time aide. (Source)

It’s important to note that DeSantis, along with his well-intentioned COVID motives,  is currently sitting on a 53% job approval rating.

But while Melton, Nelson, and others have marginalized themselves as being part of the conspiratorial fringe element of the Republican Party, many more Conservative activists like congressional candidate Laura Loomer, who has pushed DeSantis to sign into law a stronger Big Tech bill, have stayed loyal to the popular governor and his efforts to push back against what they call is “the radical Socialist Democratic Party” in Florida.

Melton is rumored to be mulling over another run for congress in South Florida, or possibly in North Carolina, where she recently purchased a vacation home.

If Melton were to run again in FL CD 22, the race could turn out to be a repeat of the contentious 2020 GOP primary contest as businesswoman Darlene Swaffar has already announced she would be running again.

Businesswoman Fran Flynn, who is said to be strongly considering another run, could be making a big announcement by July 31st. The 2020 Republican congressional nominee, James Pruden, has been quiet as to what his future political plans will be, but seeing that he has been making an effort to attend as many Republican events as possible, including events at Mar-A-Lago,  Pruden may take another stab at the seat held by Rep. Ted Deutch (D).