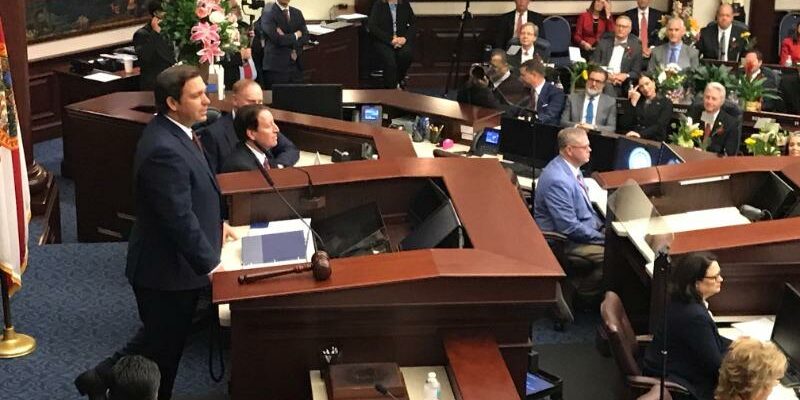 After Governor Ron DeSantis' (R-FL) latest press conference, Floridians have been up in arms over the fate of "Vaccine Passports."  These vaccine passports would provide a way of identifying people who have not been vaccinated, but the idea is still fluid across the country.

DeSantis has already made it very clear that he will take action this week to prevent these passports from affecting the state of Florida.

This issue even caught the eyes of rising GOP star in Florida, Rep. Anthony Sabatini (R-32) who responded to vaccine passports with a resounding "HELL NO", and promised to, "Do everything in my power to BAN vaccine passports."

Meanwhile, endorsing vaccine passports would not be a good look by any means for Democrats, and they know that.  That is exactly why they've resorted to focusing on the vaccine rollout.

One Democrat, in particular, Rep. Carlos G. Smith (D-49) decided to mix things up by calling out Governor DeSantis for not publicly being vaccinated yet, implying that he lied about when he would get the vaccine.

The Governor's hostility to vaccine passports only contributes to COVID vaccine hesitancy. It's not helpful.

What's also not helpful is the fact that @GovRonDeSantis HAS NOT BEEN VACCINATED publicly. He's 42 and told us he'd get the shot when it was his turn. Why the hold-up? pic.twitter.com/3G1FQfpctL

The debate over vaccine passports, however, has failed to remain within the borders of Florida, as national Republicans such as Rep. Marjorie Taylor Green (R-GA) have made their COVID-19 vaccine opinions known, to say the least.

Green who is infamously branded as a right-wing conspiracy theorist, has made headlines over her anti-vaccine rhetoric, calling the vaccine the, "Mark of the Beast", a Biblical allusion that signals the End Times in Christianity.

Marjorie Taylor Greene says that a vaccine passport is "Biden's Mark of the Beast" and that any company the requires one is engaging in "corporate communism." pic.twitter.com/XtTvqw83tU

Regardless of how ludicrous this may sound, Florida has the responsibility to start some damage control as soon as possible to get in order whatever is left of this vaccine rollout and finally see a legitimate return to normalcy.

Matt Gaetz Did Nothing Wrong