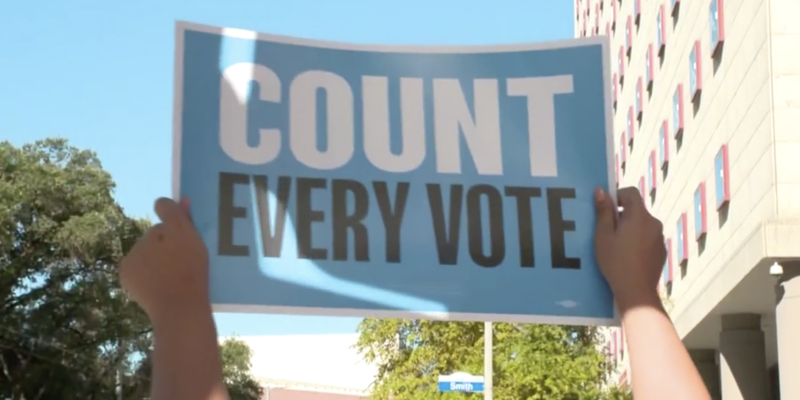 President Trump (R) has received a divided response regarding his decision to not concede to Vice President Joe Biden (D).

One of those vocal Republicans is Republican National Committee Chairwoman Ronna McDaniel.

In an interview with FOX News, McDaniels was questioned about the litigations brought forward to contest the validity of some ballots counted.

Maria Bartiromo asked McDaniel about the lawsuits, asking for an update on what they feel Republicans see as the current state of the election.

In response, McDaniel explained that they “have nine lawsuits currently, going across the country.” Specifically, there is “a recount…in Georgia,” and Republicans are also “going to have a recount in Wisconsin.”

McDaniel detailed that they “have 12,000 incident reports with over 400 affidavits. And affidavits are evidence, because these are people testifying under oath that they saw in Detroit, ballots coming in, that they couldn’t get a clear picture as to where they were coming from.”

She added that these people also saw the ballots “being fed into machines, that they were forced to backdate or told to backdate ballots as election workers who were working in Detroit.”

McDaniel stressed that “all of these things are very, very real, and shows why we can’t just move on and close the book on this election” because “there is a lot more to go still.”