"Count all the votes"- Joe Biden

Does the name Ron Klain ring a bell?

For Floridians, it does. Klain was at the center of the infamous 2000 "hanging chad" Florida recount vote. He served as the head general counsel to Gore-Lieberman Democratic recount committee efforts, arguing before the Florida Supreme Court that resulted in the Supreme Court decision declaration of George W. Bush as the winner of the presidential election.

“We obviously believe as we told the Supreme Court in our filing this morning that the balance of harms here weighed against a stay and wait in favor of allowing these counts to be completed,” Klain said in December 2000 as he continued to push ahead in calling for the whole state of Florida in recounting its votes. “We believe that the court's decision to stay the counting of the votes was obviously one we disagree with and we wished the court had ruled otherwise.”

While the Biden's circle and Democrats decry Trump campaign push for recounts in battleground states Trump won in 2016 that apparently went for Biden, and its legal challenges on the claims of widespread fraud that rigged the election, Klain has done the same exact actions without getting any blowbacks.

In 2014, serving as the Ebola Czar for the Obama Administration, Klein reacted to a Vox News tweet of a report based on a finding from a Rasmussen poll with the headline, "68% of Americans think elections are rigged."

"@voxdotcom That's because they are," Klain replied in a quote tweet.

As of Thursday, Klein has yet to delete the Tweet or respond as the Trump campaign shared a screenshot of the remarks.

Klain is a longtime institution Democratic aide, a well-known figure in the D.C. swamp, and his political resume proves it. He previously served as chief of staff to two Vice President — Gore from 1995 to 1999 and Biden from 2009 to 2011.

His role as twice Chief of Staff led to President Obama believing Klain was the best person he picked to serve as the Ebola Czar in 2014 despite having "no record or expertise in Ebola specifically or public health in general." Back then the media questioned why a political operative was in charge of containing a deadly virus that has touched off a wave of anxiety in the United States and raised questions about the competence of the Obama’s administration. Choosing an unqualified political crony to prevent the spread of the Ebola virus, Democrats made a health problem a political problem. Klain was never heard or seen during his brief one-year tenure as the Ebola czar, but many can recall the Obama administration debacle as to this date there is no vaccine currently approved for Ebola, nor are there any approved treatments for the virus. Fortunately, the Ebola outbreak never became a major health crisis and was centered in West Africa, with only one American died and two infected health-care workers.

His mismanagement of the Ebola virus that now the media praise as "successfully managed," gave Klain the ego to cut a video earlier in March bashing President Trump's response to the Coronavirus. A poll at that time showed a majority of Americans approve of Trump’s response to the novel coronavirus, Klain's misinformation and criticism of the Trump administration was akin to the Obama Administration's handling of the two health crises in which the Democrat hack played a huge role in.

Just last year, Klain is on record saying the previous administration handled the H1N1 outbreak poorly. In a Pandemic and Biosecurity Policy Summit, Klain said “a bunch of really talented” people were working on it, but "did every possible thing wrong."

“Sixty million Americans got H1N1 in that period of time and it’s just purely a fortuity that this isn’t one of the great mass casualty events in American history,” Klain said. “It had nothing to do with us doing anything right, it just had to do with luck.”

The H1N1 influenza virus broke out in the U.S. in 2009 and resulted in about 274,304 hospitalizations and 12,469 deaths, according to data from the Centers for Disease Control and Prevention. Biden throughout the campaign trail has always referred to the Obama administration’s dealings with the H1N1 as assurance that he is better equipped to deal with the coronavirus as it continues to rage havoc not only in the United States but globally.

Despite second-guessing his own leadership as Ebola Czar and working in the White House during the H1N1 crisis in 2009, Klain was nevertheless entrusted to spearhead Biden’s 2020 campaign as senior advisor and his coronavirus plan which is a plagiarized version of Trump's coronavirus plan with an emphasis of a mask-mandate

The relationship between Biden and Klain dates back to the late 1980s when the politico worked as counsel with the former vice president who then was a Delaware Senator and chairman of the Senate Judiciary Committee. During Biden's first attempt running for president, Klein was heavily involved behind the scenes in the campaign. He also assisted the campaign speechwriting team that led to the infamous plagiarism scandal when Biden was caught lifting phrases and mannerisms from a British Labour Party politician as well as plagiarising other politicians.

While Klain appears to be an entrusted Biden loyal long-time aide, his latest past actions tells another story. In an August POLITICO Magazine story, Klain stabbed Biden in the back in 2015 at the time the former vice president was looking to succeed President Obama.

“It’s been a little hard for me to play such a role in the Biden demise,” Klain wrote to Podesta in October 2015, a week before Biden gave in and announced he would not run. “I am definitely dead to them—but I’m glad to be on Team HRC.”

The most stinging rebuke, however, came when Klain—Biden’s former chief of staff who went back decades with him to when he was chief counsel on Biden’s Judiciary Committee in 1989—defected to Clinton.

Klain added: “Thanks for inviting me into the campaign, and for sticking with me during the Biden anxiety.”

In the years since Clinton’s loss, Democrat operatives have chuckled at Klain’s attempts to earn his way back into Biden’s good graces, including lots of Twitter praise for the former vice president. Klain is not on the campaign’s payroll but remains an adviser, and observers assume he’s hoping to be chief of staff in a Biden White House. Klain refused to elaborate on the situation: “I’m not going to comment on a story that uses Russian intelligence measures.”

Klain's most stinging rebuke to any human being is seen as something unforgivable. As we have seen in the last five years with Trump's own inner circle, some have looked for their own self-interest instead of loyalty and have backstabbed the president that became a widely reported circus event for the media. But their 15-seconds of fame appearing in liberal media only left them becoming irrelevant, unhireable, and in reality untrustworthy on both sides of the political aisle. But not for Klain, who has spent years since trying to weave his way back into his former boss good graces, showering him with praises on social media especially when Biden was looking to mount his third presidential bid in 2019. And that in turn rewarded him now becoming the possible incoming White House Chief of Staff.

"Ron has been invaluable to me over the many years that we have worked together, including as we rescued the American economy from one of the worst downturns in our history in 2009 and later overcame a daunting public health emergency in 2014," Biden said in a statement. "His deep, varied experience and capacity to work with people all across the political spectrum is precisely what I need in a White House chief of staff as we confront this moment of crisis and bring our country together again."

Klain called the selection the "honor of a lifetime," and said he looks forward to tackling Biden's agenda.

Ladies and gentlemen, this is American politics at its best.

— Mona Salama contributed to this article. 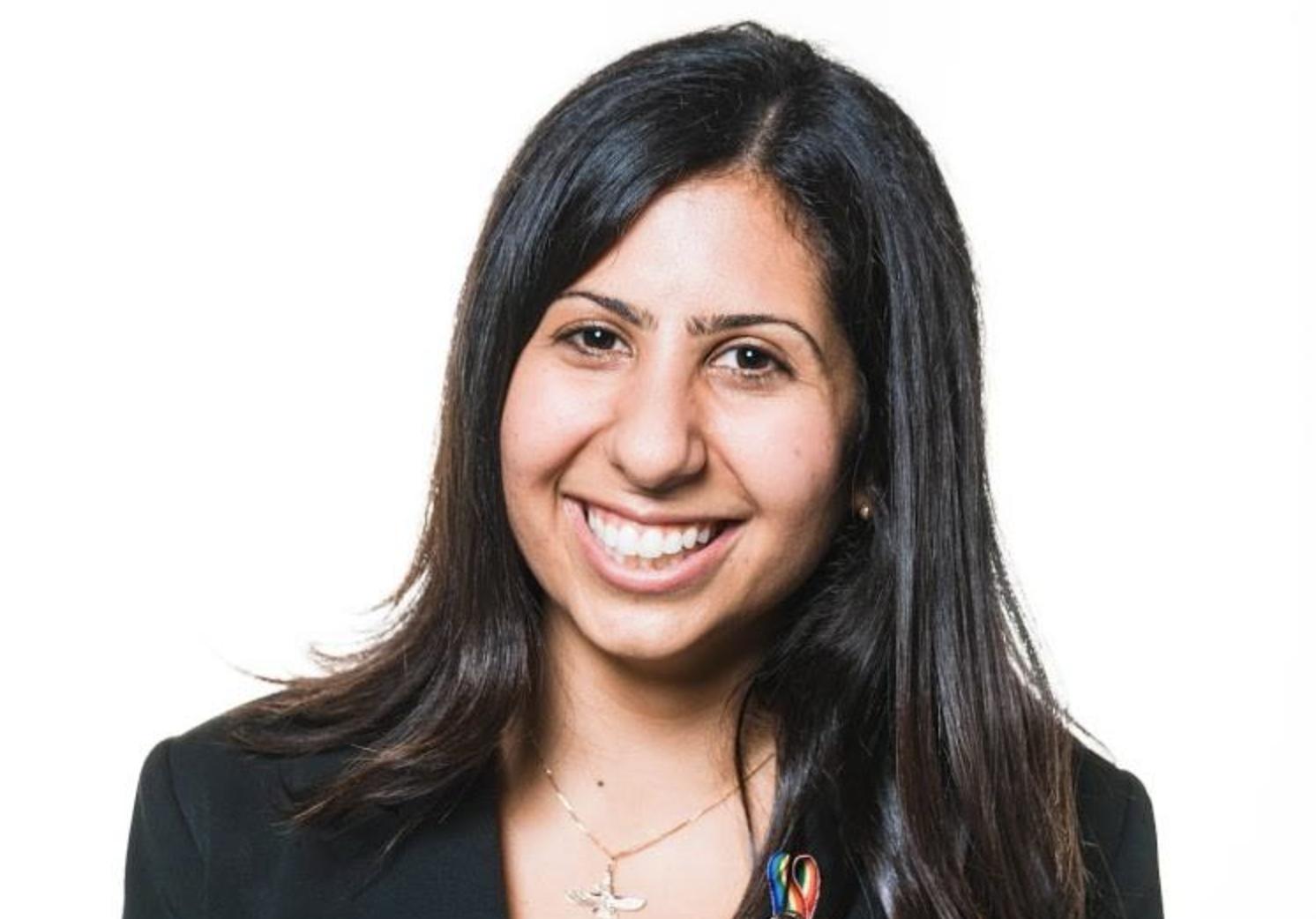 Is Eskamani Eyeing a 2022 Gubernatorial run?