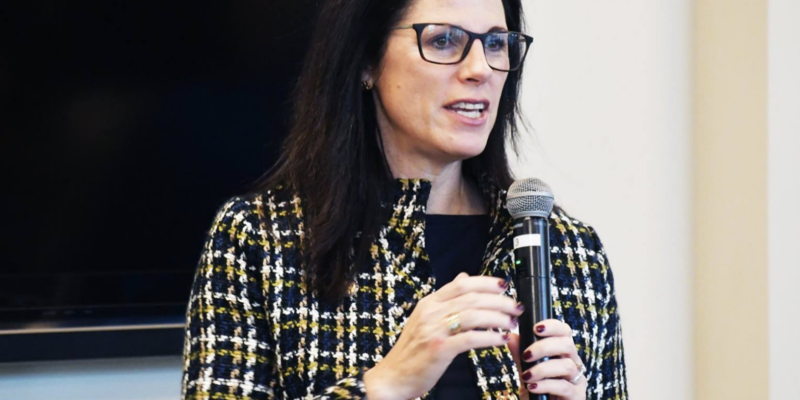 The race for Florida State Senate District 29 has only become more contentious as Tina Polsky (D) has continuously slammed former Florida Rep. Irvin Slosberg (D) of being a pro-gun lawmaker.

The two State Senate hopefuls recently took part in an online debate that only fueled the rivalry even further, but now Polsky is receiving criticism fr0m her opponent Slosberg for having walked away from the SB 7030 vote.

With SB 730, the legislation authorized that guns would be present in schools, and this was legislation that Democrats overwhelmingly opposed. In fact, a number of similar bills also received pushback from lawmakers and gun control groups.

The bill required “the Office of Safe Schools to annually provide training for specified personnel” along with “requiring district school boards and school district superintendents to partner with security agencies to establish or assign safe-school officers.”

On the final vote, Polsky left the room and did not vote initially, but later returned and cast her vote after the official roll call.

Polsky’s “No” vote was based on her belief that teachers should not be allowed to carry a weapon in classrooms because of the chance that an accident could occur. Polsky recently spoke out against the bill on the floor of the House, as well as whipped votes against it.

In the recent debate, Slosberg slammed Polsky for a string of advertisements released from PACs that are tied to Polsky, which paint him as a candidate that is pro-guns.

“Everything that is put out by myself or a political committee is verified,” she argued, adding that “the citations are there.”

However, with her own voting record now being called to question, voters are now wondering how that could change the course of the election.

“I didn’t vote for guns in schools, guns in nightclubs, guns anywhere,” Slosberg asserted. But, as both Democrats try to convince voters of their gun-control stance, voters will ultimately decide who will take on the Republican hopeful in the upcoming 2020 election.