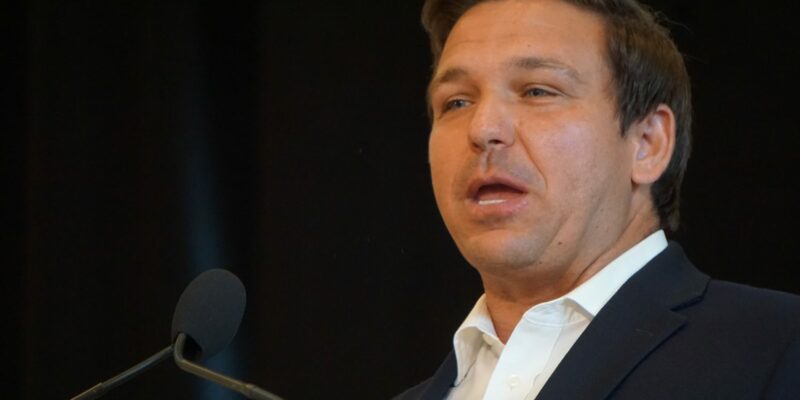 Parler Facebook Twitter
About a dozen activists with two gun-control advocacy groups dropped off a stack of papers with 13,000 signatures at Gov. Ron DeSantis’ office Tuesday as they urged him to veto a bill that would allow armed classroom teachers.
Emma Hanley, a Tallahassee high-school junior who volunteers with Students Demand Action for Gun Sense in America, asked a DeSantis employee to tell the governor to veto the bill (SB 7070) because of a “dangerous provision” that would expand the school “guardian” program.
The Florida chapter of Moms Demand Action for Gun Sense in America also took part in dropping off the signatures. The wide-ranging education bill would expand the controversial guardian program as part of an effort by the Legislature to carry out a series of recommendations made by the Marjory Stoneman Douglas High School Public Safety Commission.
The bill, which DeSantis is likely to sign into law, also includes requirements for mental health services at schools, improvements to information-sharing between school districts about students’ behavioral issues and more reporting requirements about public safety incidents that happen on school premises.
The bill, which passed during the legislative session that ended Saturday, drew opposition from Democrats because it would allow armed classroom teachers. Throughout the legislative session, the two gun-control advocacy groups tried to lobby lawmakers not to pass such a provision. “Armed teachers have no place in our kids’ classrooms,” said Gay Valimont.
“The risks of arming teachers are well documented, as is the research indicating there are much better ways to keep our kids safe in school.”
Parler Facebook Twitter
florida politics floridian press gun control marjory stoneman douglas ron desantis the floridian

Gaetz rips into Judiciary Democrats over plans to impeach Trump