Florida Rep. Ted Deutch (D) is very popular these days, not because he is pushing another impeachment of President Trump, but because the current Republican field of congressional candidates is currently running on an anti-Deutch platform.

Rep. Deutch is a strong advocate for the defense of Israel, but a little known fact about his past campaign finance could bring his rock-solid pro-Jewish and pro-Israel bona fides into question.

During the 2018 mid-term elections where the Democrats took back control of the U.S, House of Representatives, Deutch received a $500 campaign donation from Muhammad Rashid Abbara, a national board member of the controversial Council on American-Islamic Relations (CAIR)

In 1995, CAIR, who is said to have ties to the Muslim Brotherhood, was listed as an “unindicted co-conspirator in a federal case in Dallas where it was discovered that the group was helping finance the terror group Hamas. 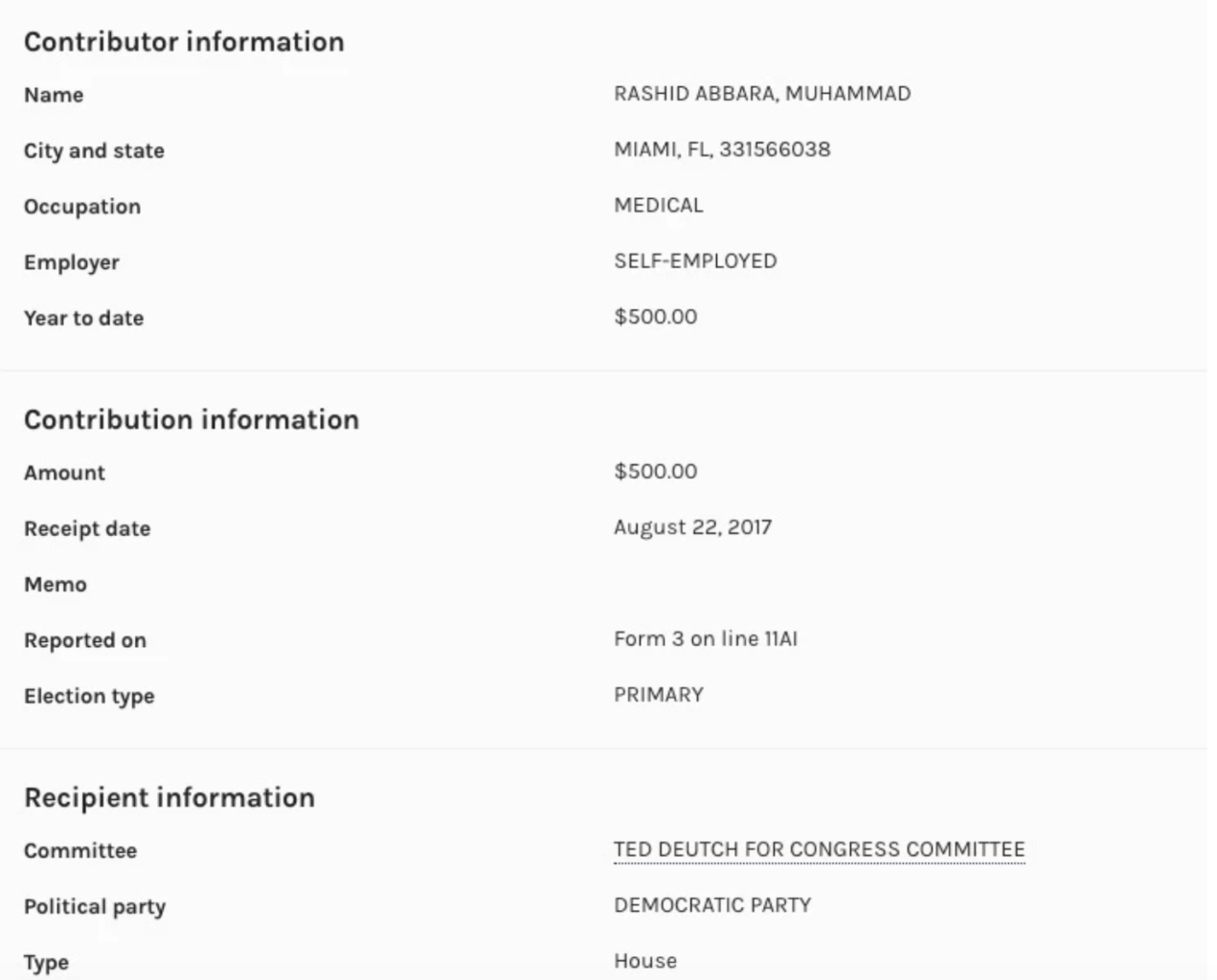 But before Deutch receives the $500 from Rashid Abbarra, Deutch received another $500 donation from Khurrum Wahid, an attorney who founded the pro-Muslim group Emerge USA, and who has defended federally convicted Islamic terrorists. 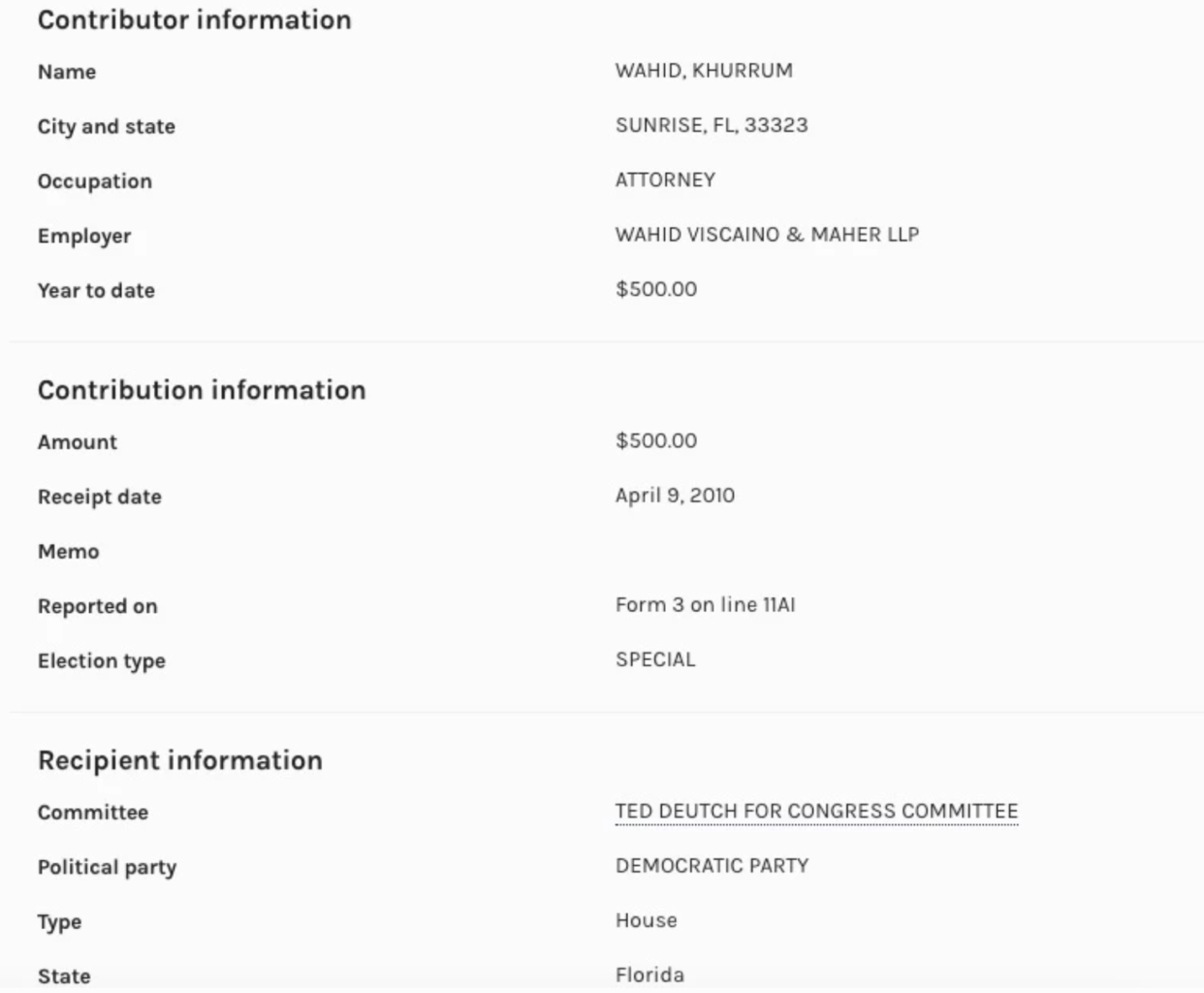 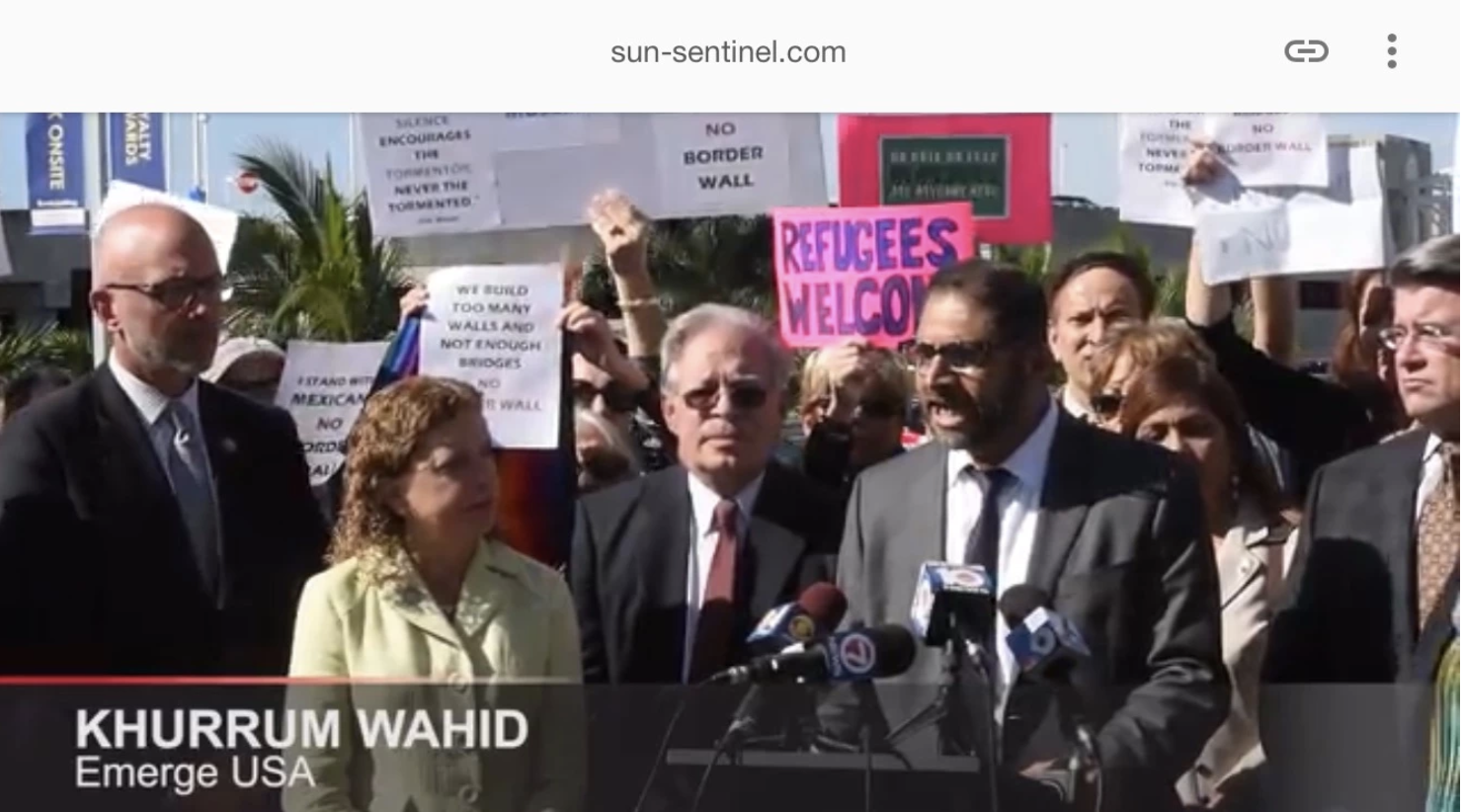 One of Wahid’s clients was 77-year-old Imam Hafiz Khan, who federal prosecutors contend has ties to Al Qaeda and the Taliban, “was found guilty by a jury of two counts of conspiracy and two counts of providing material support to terrorists,” according to the NY Times.

Wahid has made a name for himself by representing unsavory defendants, including those being charged on terrorism charges, accusing the federal government of targeting Muslims who donate to organizations they don’t like.

He defended the man who was convicted of plotting to bomb New York City’s Herald Square subway station in 2004, as well as Boca Raton doctor Rafiq Sabir, who was convicted of conspiring to treat wounded Al-Qaeda militants. He also recently represented Rais Bhuiyan, a convenience store clerk in Texas who tried to prevent the execution of the man who shot him in the face after 9/11.

While outsiders might paint his clients as criminals, he says people such as the Khans are being prosecuted for giving money to groups the U.S. government doesn’t like. “I think these things are not so black-and-white… I think innocent people get caught up in the politics.”-New Times

One of Deutch’s potential general election Republican opponents, Fran Flynn, told the Floridian she wasn’t surprised to see Deutch “taking money”  individuals who “defend the very people that are looking to  destroy Israel and defeat the American way of life.”: