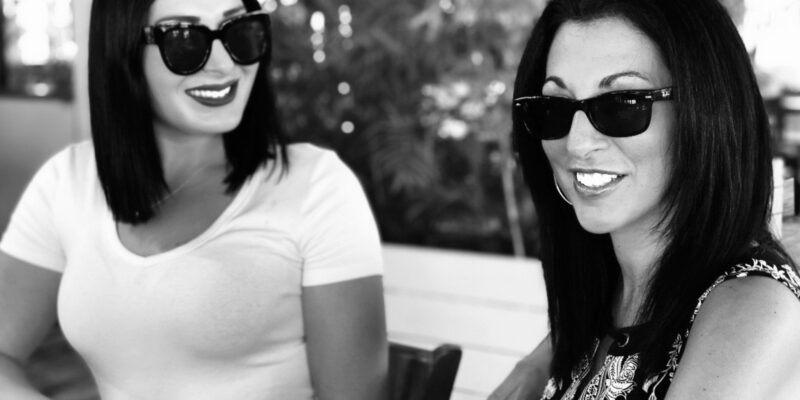 For Laura Loomer, the young firebrand investigative journalist and activist currently scaring the hell out of the far left and their friends in the media, along with some of the ideologically gentler, Romney-esque Republicans by running for congress in President Trump's home district, last month's New York Post headline couldn't have been more perfect:

Framing Loomer as the GOP's smarter answer to the Democrats' star Rep. Alexandria Ocasio-Cortez, it's the kind of headline upstart candidates dream about receiving in a simple newsletter or local weekly, let alone a major national daily publication on the must-read lists of the nation's political leaders and power brokers, including the biggest one of all: The President of the United States.

That was just the beginning of what would turn out to be another good day in the campaign life of the 27-year-old Loomer, often referred to as the most banned woman on social media.

Author and Navy SEAL Carl Higbie was one of the thousands of people who tweeted the New York Post story out that morning, adding: "I have known Laura Loomer for years and said from day one that if she runs, she will win...the Democrats are about to get a rude awakening." Higbie's tweet caught the attention of President Trump himself, who retweeted the tweet in support of Loomer, who may very well be his Congresswoman six months from now.

And it wasn't the first time President Trump has paid attention to Loomer's candidacy via Twitter, where she is banned. It's pretty common knowledge amongst Trump insiders that the idea of Laura Loomer, a loyal supporter and ride-or-die child of the Trump Revolution, is very appealing to President Trump, who is interested in knocking off his own stodgy and hysterically liberal incumbent Congresswoman Lois Frankel at the polls in November. Sources have even said that President Trump requests weekly reports about the status of the Congressional race in FL-21, his new residence where Loomer is the frontrunner.

Loomer's campaign has had and is having an uncanny dose of good days like the aforementioned one, even in this unprecedentedly bizarre campaign cycle of coronavirus in which it seems nearly impossible for the most promising challenger candidates to get a foothold.

Influentials of the political, pundit and celebrity are weighing in on her campaign's momentum with increasing frequency. Last week, former Congressman Bob Barr wrote, "Loomer has assembled a campaign team led by veteran operatives with numerous victories under its belt, and she already has proven herself a fundraising juggernaut" in a glowing piece about the campaign. Another Barr, Roseanne Barr, is an outspoken advocate for Loomer as well, going as far as sending out a fundraising email for Loomer, endorsing her, and even promising to come to the Mar a Lago district to stump for Loomer and Trump’s elections.

Loomer’s good fortune in the Sunshine State brings to mind another unusual Florida race a few years back when a political outsider was looking to turn the system on its head, taking constant arrows from all sides. That would be the primary contest for the 2016 GOP presidential nomination in Florida. You remember it. The one where Donald Trump wiped out one of their incumbent U.S. Senators and the highly organized and funded Bush political machine where Jeb Bush had been teed up for both the nomination and the presidency by the establishment GOP.

Indeed there were a lot of good days in Florida for then-candidate Trump, as there are in this cycle in the 21st congressional district for Loomer.

Beyond geography and ideology, there exists a key connection between Trump and Loomer which comes in the form of a woman by the name of Karen Giorno, a savvy, stylish, battle-tested operative and one of the most lethal political weapons there is. She served as CEO,  Florida Campaign Manager and then Southeast Regional Political Director for Donald Trump’s Presidential campaign in 2016.

Following the big win and a string of personal highlights, including having laid waste to Florida's good ol’-boy GOP establishment on the battlefield, Giorno stepped away from the political campaign game. She figured that having made her point and securing a huge political victory for President Trump, arguably the biggest political upset in US history, that it was time to return to her established and successful business consultancy, Kingston Public Affairs.

It seems only a candidacy like Loomer's--with its wholly unique challenges, obstacles and opportunities--could lure Giorno back into the campaign game. In April of 2019, Loomer and Giorno were introduced by South Florida businessman Steve Alembik. They connected, a friendship was solidified, a partnership was born, and off to the races they went, with Loomer officially filing to run for US Congress on August 2, 2019.

From the get-go, Loomer had the ability, which has since been proven, to raise truckloads of money. She had the commitment and the grasp of issues along with remarkable media savvy and an army of followers. She is what politicos call a 'Rock Star' candidate. These types of candidates usually flame out, at least in their first foray, because they are too arrogant, too clueless, and sometimes both, to surround themselves with and listen to genuine campaign professionals. To Loomer's credit, she has avoided that candidacy-sinker by teaming up with Giorno, a force unto herself and the ideal mentor.

Giorno's skills are well-honed and have been a long time in the making. From her bio: Karen has successfully guided candidates, Super PACs, non-profits and 501(c)4 organizations with fundraising, organizational development, message management and public engagement.  She has had the distinct honor of serving four American Presidents, three First Ladies, two Governors and worked with five presidential campaigns.

Trump has spoken openly about Giorno's value, professionalism and her leadership on the ground for him in Florida and beyond. One time at a rally in Palm Beach, Florida, President Trump asked Giorno to stand, calling her "My genius from Florida!". In his book, The Making of the President 2016. Longtime Trump ally and political operative Roger Stone wrote, "To Karen--You made it happen!". 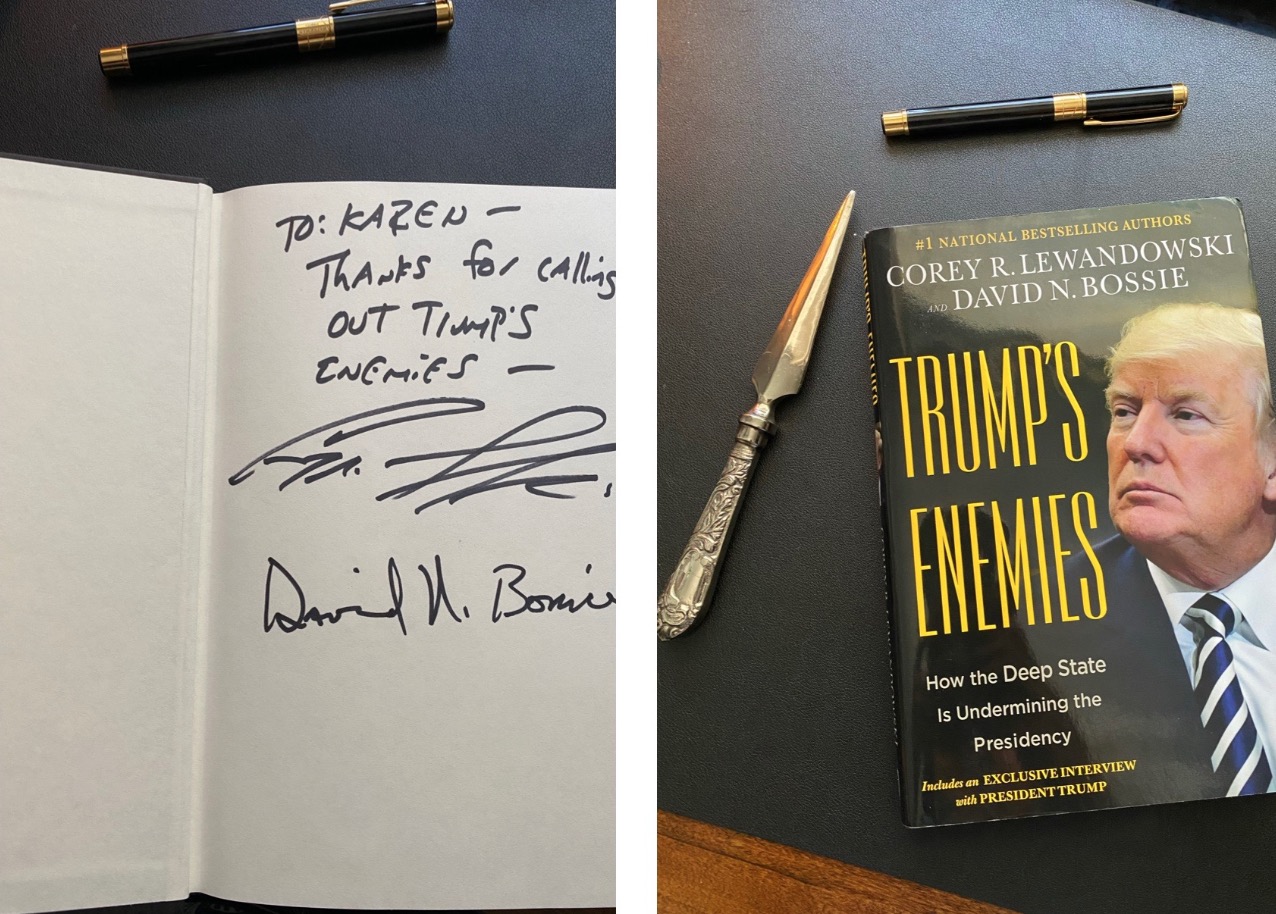 And now she’s making it happen for Loomer.

Giorno’s presence at the helm of Loomer's campaign undoubtedly has instilled confidence amongst Team Trump, which is a total bonus for Loomer who had been considered “third rail” by most in the political world following her social media bans and smears by the fake news media.

A lot can and will happen between now and November, including an August primary, which Loomer is expected to win in a landslide. With the continued good news on the ground in FL-21, Congress will need to brace itself for the proper Loomering that it so richly deserves and is hopefully about to get.