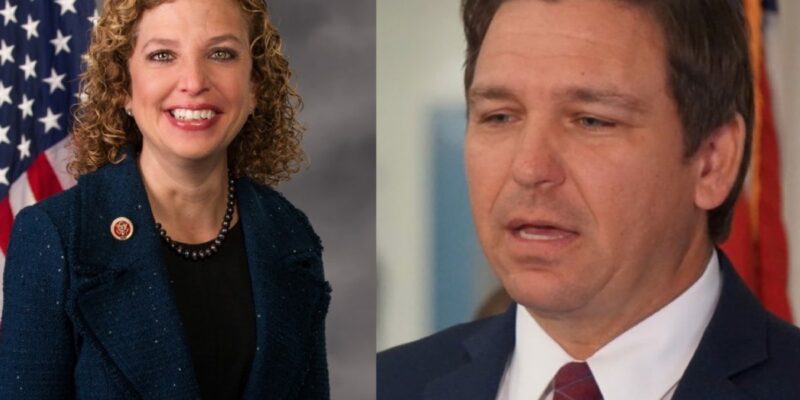 During a conference call with reporters and fellow Democratic Reps. Debbie Mucarsel-Powell and Donna Shalala, Rep. Debbie Wasserman Schultz used the opportunity to take a pound of flesh out of President Donald Trump and Florida Gov. Ron DeSantis.

Late last week, Rep. Wasserman Schultz called Gov.DeSantis’ leadership a “failure” for not closing down all of Florida’s beaches, and now she's has called his actions “really irresponsible,” and that his actions were “causing more sickness and death” for keeping many of the beaches open.

Wasserman Schultz then stated that DeSantis “should not have run for an executive office” if he was prepared to make tough decisions. The South Florida congresswoman then asserted that her belief that DeSantis’ reason for issuing a mandate to close down all beaches was because he was “afraid of getting called a socialist” or that he would not be able to call Democrats socialists.

DeSantis responded to the criticism over his hesitation of closing down all of Florida’s beaches.

“At the end of the day, I can issue a mandate, but if the local communities’ folks don’t want to enforce it, then it’s toothless,” said Gov. Ron DeSantis

“I want to do things that will be followed,” he said. “If you go too hard, then I think people lose confidence and they rebel against it.”

As of 3 pm EDT, there have been 1,171 confirmed cases of Coronavirus in Florida with 14 deaths reported.