DeSantis responds to Democratic criticism of his beach closing policy

Florida Governor Ron DeSantis (D) is catching a lot of resistance from both Republicans and Democrats for not closing down all of Florida’s beaches due to the Coronavirus outbreak the state is suffering from.

Last week DeSantis, who has penned an executive order to close down bars and restaurants,  said its “not uniform throughout the state that you’re seeing massive crowds at beaches” even as college spring breakers defied lawmakers request that Americans do not congregate in groups of 10 or more.

Local officials have now taken it upon themselves to close down their respective beaches.

The mayors of just about all of the densely populated counties, including Miami-Dade and Broward Counties, have closed their beaches in an effort to prevent the deadly disease from spreading.

According to the latest Florida Department of Health Coronavirus tracking application, Broward and Miami-Dade Counties have the largest number of confirmed cases in the state, by far.

“You’ve seen the images of Florida’s crowded coastlines, yet the governor refuses to close most of these coronavirus transmission zones, instead, doing it piecemeal,” said Wasserman Schultz, It’s a failure of leadership. Yes, some municipal leaders are filling that vacuum, and shutting them down locally.

DeSantis’ predecessor, Sen. Rick Scott (R) has also called for the closing of all of Florida’s beaches.

Now DeSantis is pushing back. On Friday DeSantis explained that he believes that working alongside local officials on a blanket approach to dealing with the virus would be less effective if the measure is not enforced.

“At the end of the day, I can issue a mandate, but if the local communities’ folks don’t want to enforce it, then it’s toothless,” said Gov. Ron DeSantis

“I want to do things that will be followed,” he said. “If you go too hard, then I think people lose confidence and they rebel against it.”

DeSantis may not have any other choice but to shut it all down considering how quickly the virus is spreading in the state. In the last 10 days, the number of cases in Florida has jumped from under 50 to 763. 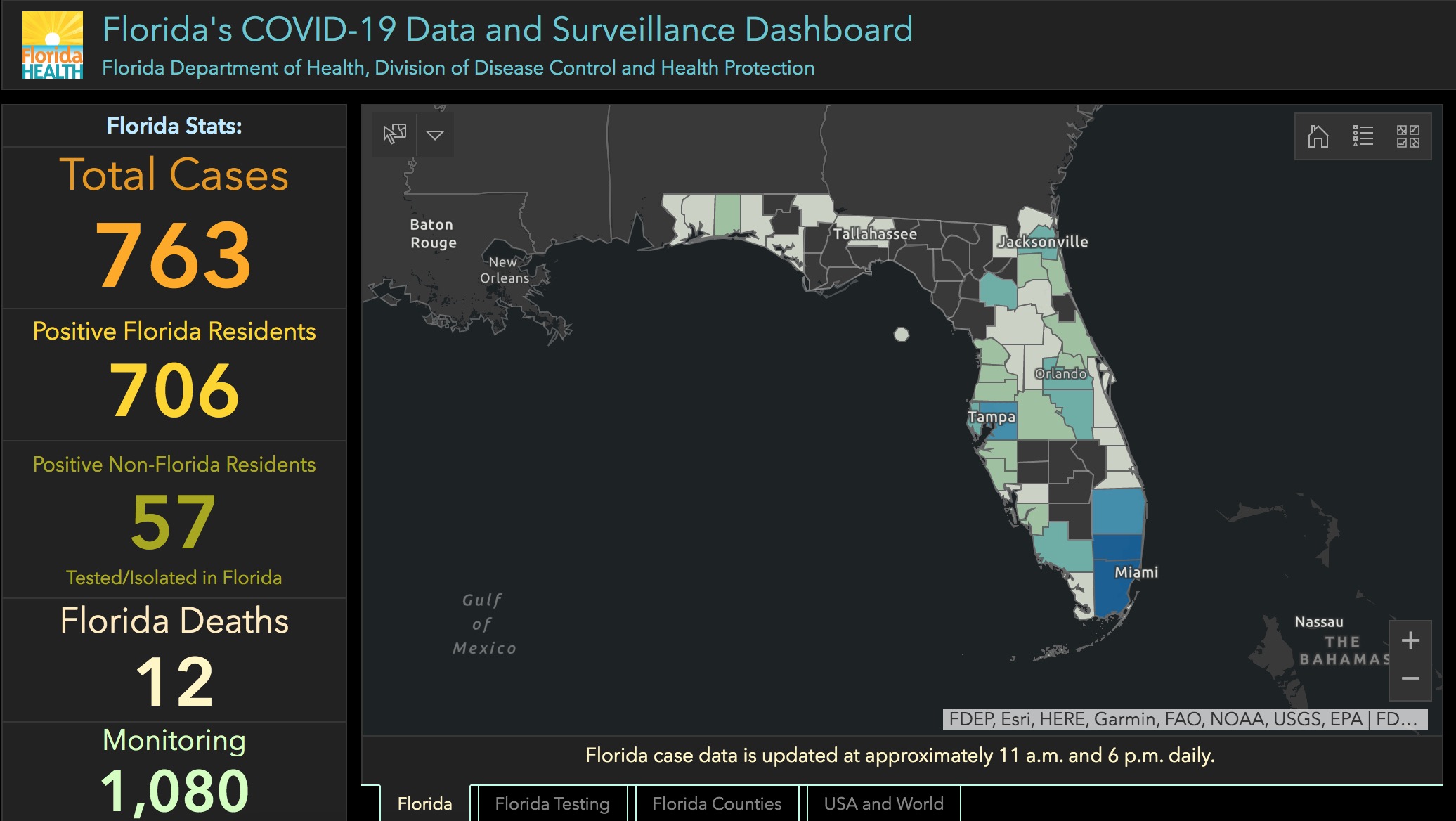 The total number of deaths related to the COVID-19 virus stands at 12 with most of the fatalities coming out of Broward County.

Meanwhile, images of U.S. military armored personnel carriers and equipment being transported around the country have blanketed social media. Just this past Friday, a trainload of those military troop transport vehicles were seen arriving in Broward County.