Many, if not most of us can remember being taught basic civics while attending grade school or middle school, right?

Well over the years, civics was dropped from the education curriculum, a move that all-but can be seen negatively playing out in society whenever some reporter decides to stick his camera in someone’s face and ask them some basic political or civic questions.

These responses by everyday Americans are very funny, but at the same time, it is sad to see how the lack of civics in the classroom has made many Americans sound as dumb as rocks.

Florida Gov. Ron DeSantis is looking to change all that.

During a press conference in Boca Raton, Florida, Gov. DeSantis announced that he was going to prioritize civics, stating that he was sticking to his “commitment to American civics” so that children have the opportunity to understand “what makes the country unique.

“It’s a lost art,” said DeSantis, adding that  he was “working hard to make civics more of a priority.”

DeSantis also said that a “similar” test to the citizenship test would be administered to kids.

“We are going to be administering a test similar to the citizenship test that naturalized Americans have to take,” said DeSantis

State Rep. Mike Caruso (R) was also on hand at the press conference where he told The Floridian that DeSantis’ civics initiative was “great” because it  was “important that our youth understands how government works and how its comprised.”

Caruso also believes that the more students know about civics and how the government works, there will be a large increase in voter registration. 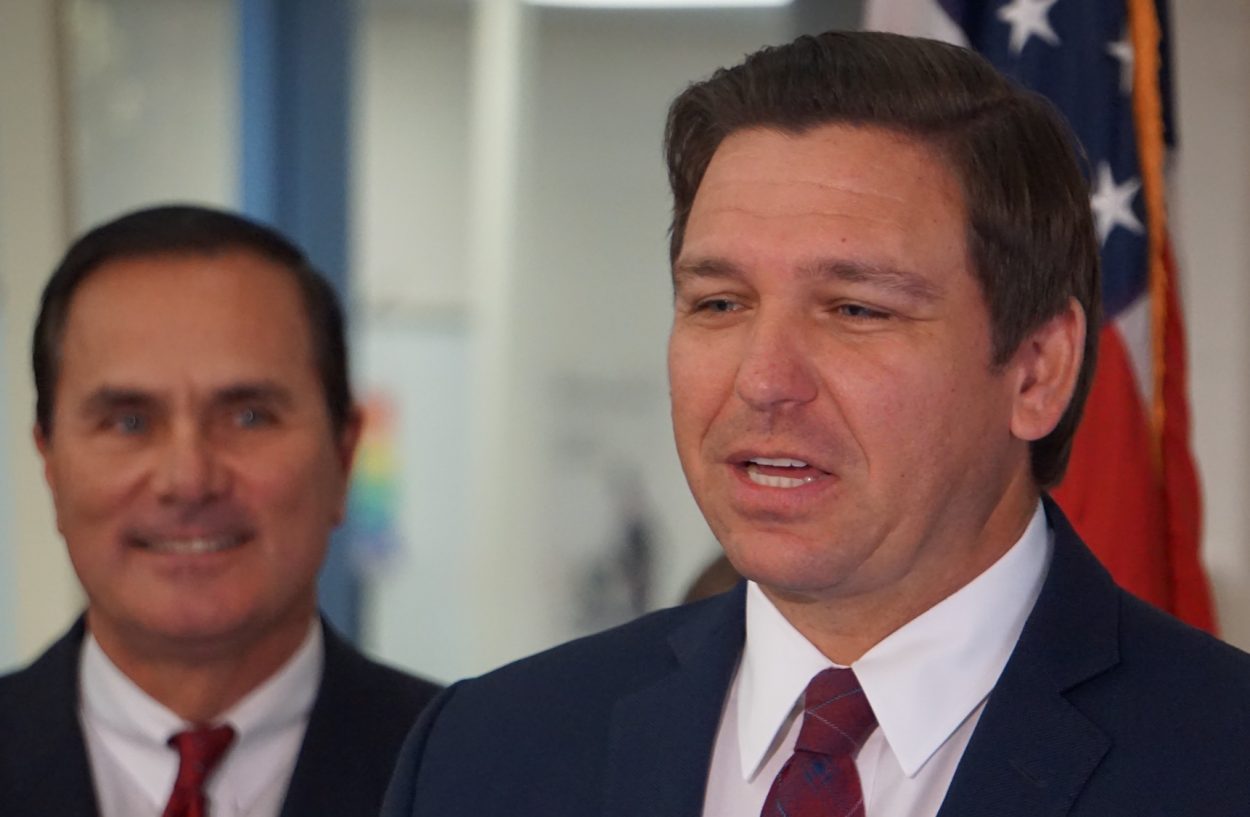