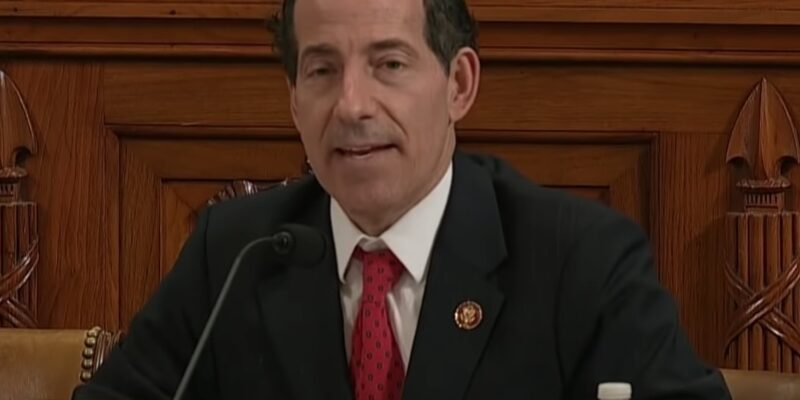 During another contentious debate between House Republicans and Democrats about the two articles of impeachment that have been put forth, one Democrat, Rep. Jamie Raskin lied about President Trump’s past veteran fundraising effort.

Rep. Raskin stated that “President Trump had to pay $2 million to charities because he ripped off his own charity,” an allegation that was proven false by Politifact.

The false statement was originally made by 2020 presidential candidate Pete Buttigieg and Raskin just echoed the remark.

“The president had to confess in writing, in court to illegally diverting charitable contributions that were supposed to go to veterans.”-Pete Buttigieg

Trump’s 2020 reelection campaign was quick to pounce, pointing to Politifact’s “False” rating of the allegation, and pressing the narrative that “Democrats’ impeachment effort” was 100% based on lies.”

“Democrats’ grotesque lies about President Trump insult the millions of military families who support him,” said USMC Combat Veteran Austin Stukins, Trump Campaign Deputy Coalitions Director. “President Trump has always gone out of his way to make sure veterans receive the care and support they deserve, generously donating his time and wealth to improving the lives of those who have served in uniform and sacrificed for this great nation. Veterans know that President Trump has our back, and that’s why we have his.”

Buttigieg said, “the president had to confess in writing, in court to illegally diverting charitable contributions that were supposed to go to veterans.”

Trump did not confess to illegally diverting money away from veterans. He admitted that his campaign took charge of a fundraiser for veterans, even though it featured the name of his foundation. A judge said Trump breached his fiduciary duties to the foundation and that the fundraiser and distribution of the funds helped Trump’s political campaign. But the funds did go to veterans.

U.S. Senate will call immediate vote on impeachment, no witnesses

Nazi Pelosi Repeatedly Violates Her Own Mask Edict; Will She Be Arrested? (Video)
Conservative Firing Line