While the overwhelming majority of House Democrats are in favor of impeaching President Donald Trump, these very same legislators are at odds with each other over supporting the costly “Medicare for All” healthcare initiative that Progressives have introduced when Democrats took control of the U.S. House of Representatives.

The Medicare for All proposition is not a popular as its supporters may think, and even some of those progressive-minded representatives like freshman Rep. Debbie Mucarsel-Powell (D) appear to be siding with other moderate and some liberal Democrats in distancing themselves from the progressive healthcare plan.

Miami’s other progressive freshman congresswoman, Donna Shalala, does believe that “Medicare for all” is a good initial healthcare proposition that could open the door for a broader universal healthcare system.

Instead of denouncing Medicare for All like House Republicans have, Rep. Mucarsel-Powell and fellow Democrats like Reps. Debbie Wasserman Schultz and Stephanie Murphy support fixing the embattled Affordable Care Act, aka Obamacare.

The Floridian spoke to Rep. Mucarsel-Powell at her South Miami office a couple of months back about her position on healthcare, where she broke with her fellow progressives, saying that it was “not the time to discuss” the Medicare for All initiative.

Reps. Wasserman Schultz and Stephanie Murphy (pictured) have not openly denounced Medicare for All, instead, they have reasserted their support for the Affordable Care Act.

When asked if she supported Medicare for All, Murphy’s office responded to The Floridian’s request for comment, stating, “She supports protecting and improving the Affordable Care Act.”

As for Republicans, well, they still support repealing and replacing the ACA and are completely against Medicare for All.

Florida Republican Reps. Gus Bilirakis and Ross Spano, who oppose both the ACA and Medicare for All, told The Floridian that Democrats are in a bit of a political pickle about supporting Medicare for All because their voting base “demands it.”

“My guess is they (Democrats) understand Medicare for All would ‘break the bank’ and require massive middle-class tax increases,” stated Spano “But they can’t denounce it because a significant portion of their base expects and demands it.”

"Democrats, even the traditional liberals, who don’t belong to the progressive wing of the party, understand that a Medicare for All price tag of at least $32 trillion, will mean an exponential increase in taxes everyday Americans, including their constituents, simply cannot afford,” said Bilirakis, adding that “Government-run health care does not work no matter how you slice it."

A recent Kaiser Family Foundation tracking poll conducted in November showed that public support for Medicare for All has dropped, and could continue on a downward trend. 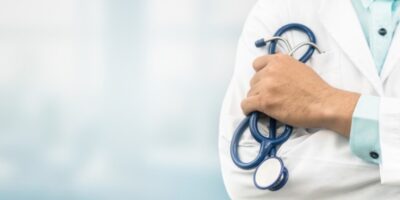 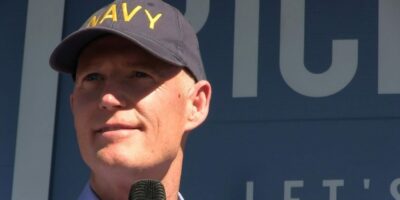 Scott Fights to Pass No Budget, No Pay Bill