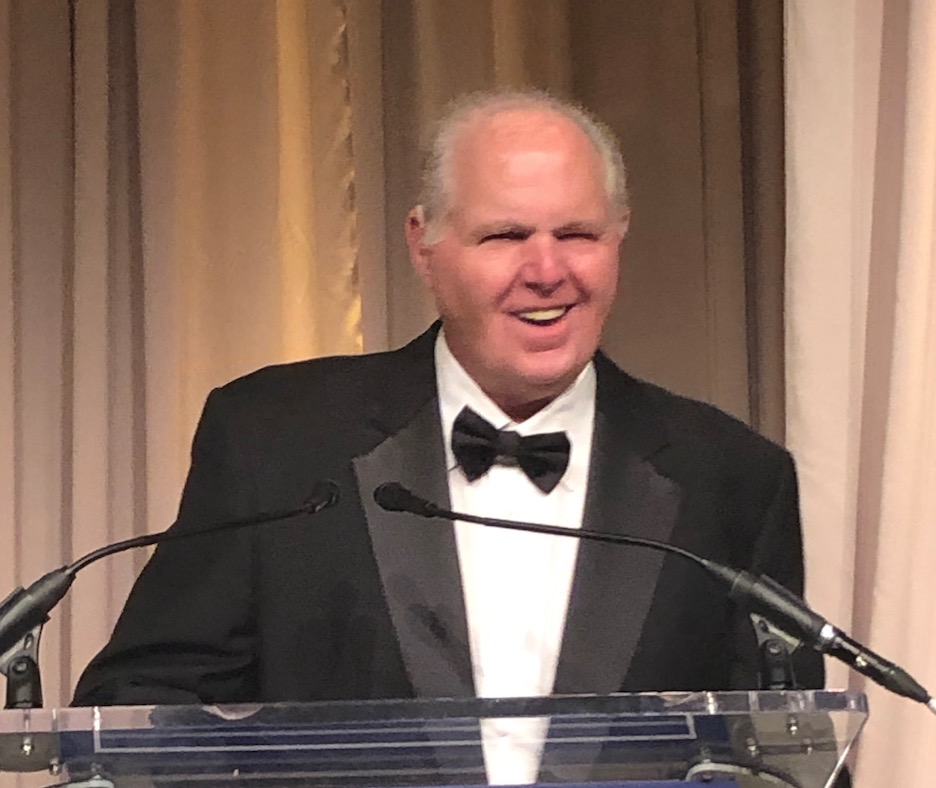 Rush Limbaugh says Trump’s galvanized base will live on

Speaking off the cuff (unscripted) as he usually does, Limbaugh took time to thank guests of the Black Tie event at The Breakers Resort and poke fun at himself as he recanted how he met the late William F. Buckley.

Limbaugh then spoke about how Republicans, especially those lifelong “staunch” Republicans-turned-political TV pundits, say that they can’t defend President Trump, saying that if they can’t defend Trump, you can’t defend the millions of Americans (the sleeping giant) that voted for him, adding that the Trump movement will live on after he leaves the office.