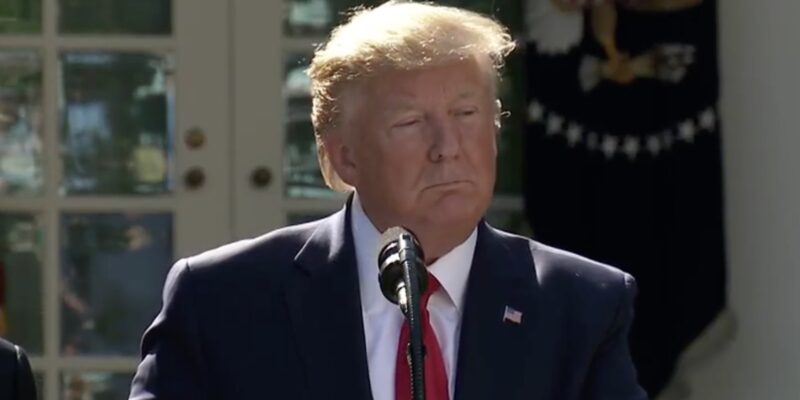 During a joint press conference with President Donald Trump and Ukrainian President Volodymyr Zelensky, the newly elected Zelensky told reporters that he was not pressured by anyone into probing vice president Joe Biden and his son Hunter.

I think you read everything, said Zelensky “ You read. Nobody pushed me”

Trump went on to point to how Hunter Biden made millions of dollars from one meeting in China, a meeting he flew to aboard Air Force 2. Trump called it “corruption” and said it was “a horrible thing.”

Democrats are still pressing forward with an impeachment inquiry, and are demanding that the whistleblower complaint be released.

Rep. Matt Gaetz (R) took to the House floor earlier in the day to outline how several of the allegations the whistleblower is said to have made, and the premise for Pelosi formally calling for an impeachment inquiry, have been debunked.