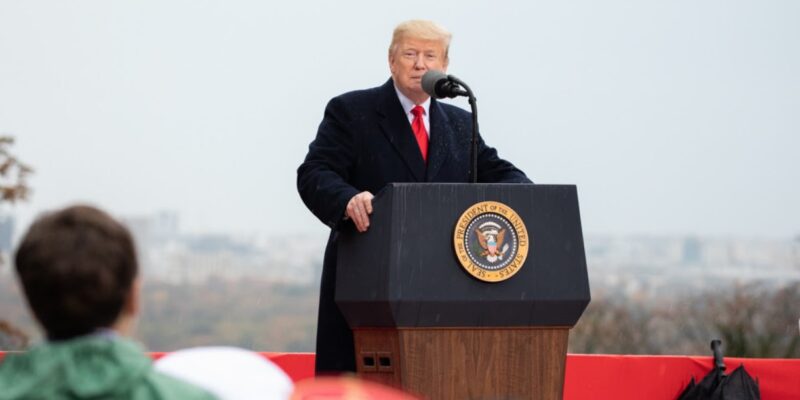 Democrats say it’s a stretch to think that President Donald Trump will win over Hispanics in 2020, but don’t doubt Trump’s assertion that he is anything but very popular with Latinos, even those Democratic-leaning voters.

Florida conservative Hispanics helped Trump win the state in 2016, so it’s natural that his campaign has based its Hispanic outreach in Miami-Dade County.

Are Democrats concerned that Hispanics will break for Trump in 2020”

The joint summary of the poll simply states that Democrats need to work harder to defeat Trump in key Hispanic-heavy states like Florida, Arizona, and Nevada.

The poll’s findings are nothing less than troublesome for Democrats, even though it reads that Trump’s immigration policies “are deeply unpopular” or “toxic” with Latinos in those three states.

By their own admission, Democratic support by Latino voters is “soft” and in jeopardy of going Trump since one-third of those surveyed fall into the “lean or undecided categories.

But while most of those surveyed have a negative opinion of the president as it relates to immigration, many Latinos are considering supporting Trump because of the current state of the economy and the jobs growth since he took office.

While most are hesitant to say they would consider supporting Trump, those that do feel that protecting jobs and the economy are the top reasons they might consider voting for him. At a personal level, few believe they benefited from Trump’s tax and economic policies.

Moreover, even the “Democratic-leaning” Latino voters believe the economy is on track, and moving in the right direction.

Expect the Trump reelection campaign to capitalize on the fact that Democratic-leaning voters see his economic policies as favorable.