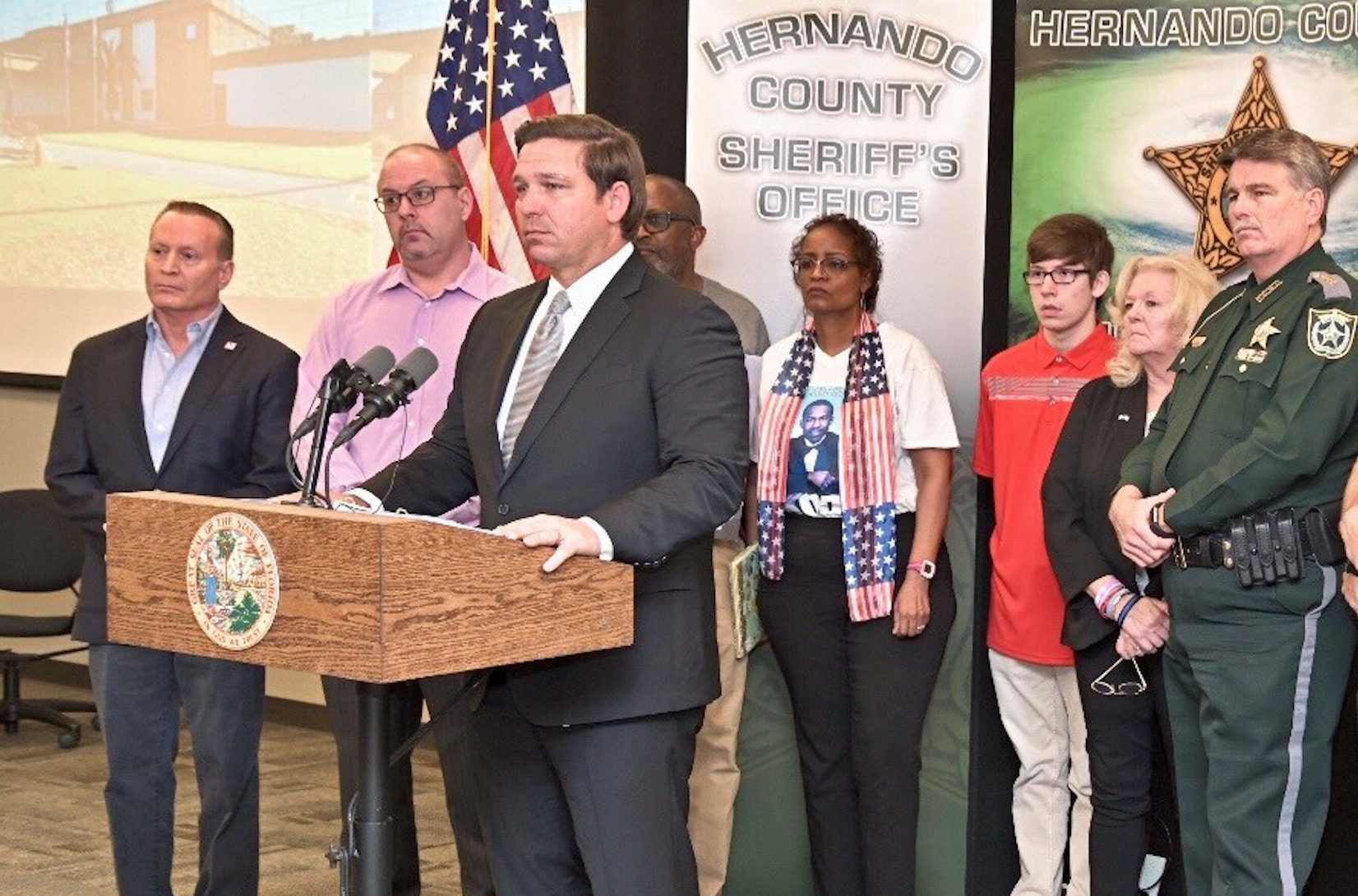 Today, Florida Gov. Ron DeSantis thumbed his nose at the pro-Sanctuary city, pro-illegal immigration lobby when he announced that he was going to implement the 287(g) enforcement program in Florida.

During a press event to promote what could be the first measure of a broader immigration reform plan for Florida, DeSantis remarked that he has asked the Sheriff’s offices of Hernando, Clay, Collier, and Pasco Counties, in partake in “various” federal immigration programs to address the illegal immigration problem in the country.

DeSantis also asked the Florida Legislature to pen a bill for him to sign that “addresses sanctuary cities and counties in Florida,” adding that he has also asked local law enforcement to do the same.

“I am asking the legislature to send me a bill during the 2019 legislative session that addresses sanctuary cities and counties in Florida,” said Governor DeSantis. “We take our responsibility to protect our citizens, foster safe communities and uphold the rule of law very seriously. I am also calling on more local law enforcement agencies to work with the federal government to ensure that accountability and justice are being upheld throughout our state.”

This program is an agreement between U.S. Immigration and Customs Enforcement (ICE) and the respective law enforcement office that assists with the identification and removal of criminal aliens. The program establishes guidelines and conditions for ICE to gather citizenship information and the immigration status of a detainee to make a final determination of further proceedings and allows personnel of the respective sheriff’s office to be selected, trained and approved by ICE to perform certain functions as a Designated Immigration Officer within the detention facility of the local law enforcement agency.

On January 25th, 2017, President Donald Trump signed an executive order regarding the enforcement of federal immigration law. The executive order directed the Secretary of Homeland Security to engage with state and local jurisdictions to strengthen participation in the 287(g) program.