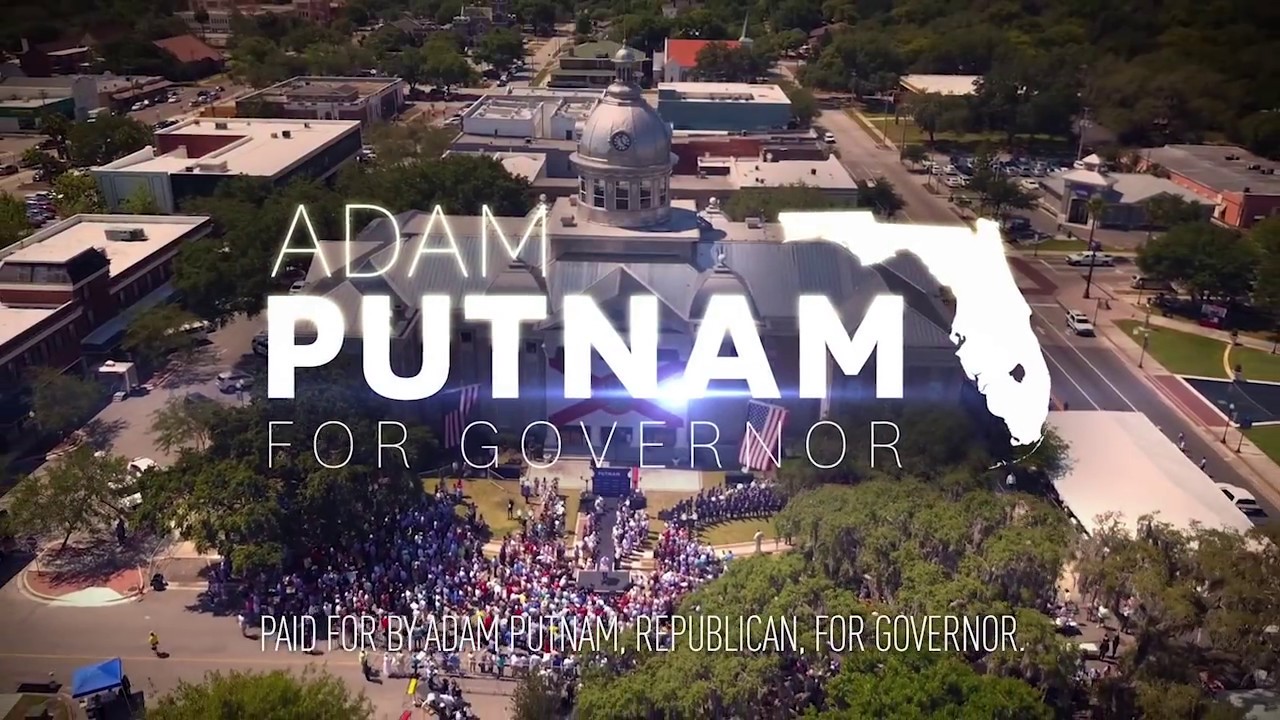 Florida’s Commissioner of Agriculture, Adam Putnam, and a candidate to replace outgoing Florida Governor Rick Scott, has just released his first minute long television advertisement, and it takes an autobiographical approach. There will be different versions of the advertisement playing until April 30th, and the advertisements will be broadcasted in Fort Myers, Tallahassee, Jacksonville, Orlando among other areas in Florida.

In the ad, Putnam dons blue jeans and a denim shirt, and the commissioner asserts that “it’s always been Florida first.” He goes on to explain that he understands “what it’s like to sweat for your paycheck. It was here that I learned my faith. Responsibility. Perseverance. Hard work. Today, those values are missing, even looked down on by liberal elites.”

He faces President Trump endorsed candidate Ron DeSantis in the primaries, and Kevin Donohoe of Florida’s Democratic Party says that his early buy at an ad might be in fear of his campaign being in trouble.

Donohoe comments that “With Ron DeSantis nipping at his heels and Breitbart attacking him daily, Putnam is hitting the panic button and being forced to spend big on TV ads to stabilize his beleaguered gubernatorial bid. This is just the latest sign that the Republican gubernatorial primary is becoming a divisive, expensive, and ugly race to the right that will badly damage the eventual GOP nominee.”