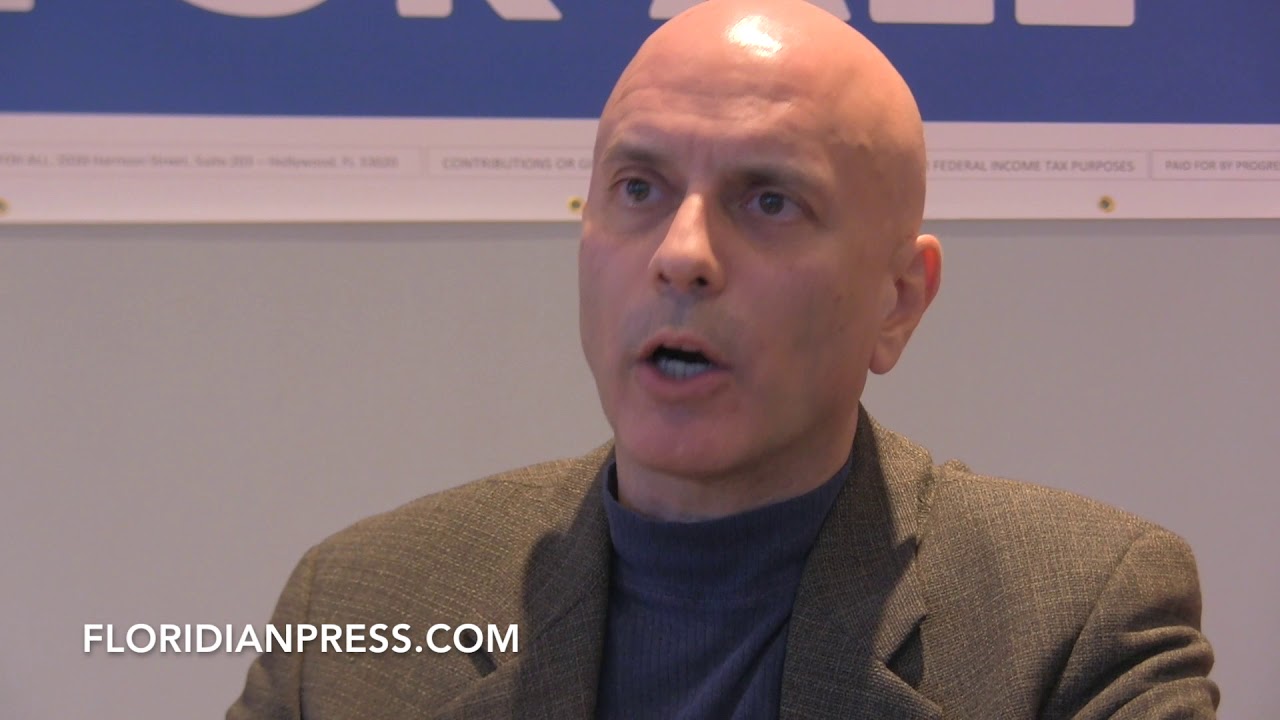 In Part 2 of our interview with Democratic congressional candidate Tim Canova, the law school professor who challenged Democratic House stalwart Rep. Debbie Wasserman Schultz in the 2016 presidential election cycle, the likeable educator says that his campaign continues “building’ on what it has achieved, saying that he looks forward to another spirited challenge against the 6-term member of the U.S. House of Representatives.

“Wasserman Schultz is weaker than she’s ever been, she’s more discredited than ever.”-Tim Canova

Canova is laser-focused on defeating Wasserman Schultz, but above all, the law professor wants a fair election process for every candidate, regardless of political affiliation, and says that regardless of the outcome on election night, he will “hold the feet to the fire of the Supervisors of Elections” and will challenge the election.

“She’s been a failure. She was a failure as the Democratic National Committee.”

The hits against Wasserman Schultz from Canova are relentless, and depending on who you ask, they are deserving over the presidential primary shenanigans she is alleged to have partaken in.

“She didn’t play fair in the presidential primary,” said Canova, adding that because of the rigging of the election, “a better candidate like VP Joe Biden or Sen Elizabeth Warren” would have emerged, but instead the Democratic Party propped up “the weakest candidate in modern American history.”

On the issue of the House IT scandal where Rep. Wasserman Schultz kept paying her aide long after the rest of her Democratic colleagues in the House fired him, Canova questions her motives and actions, as well as calls out the Republican leadership in the House “disgraceful” for “dragging their heels” on the matter and not calling for an investigation.

“She (DWS) has no achievements, no accomplishments to boast of in more than a dozen years in the House of Representatives.”