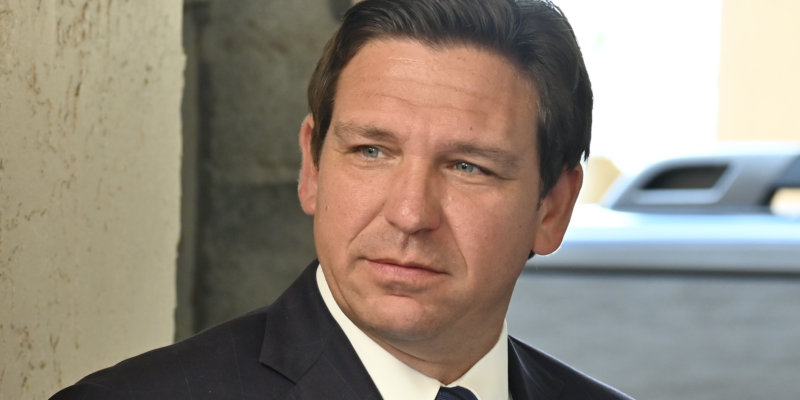 The Florida Supreme Court decided to not suspend the state’s 15-week abortion bill as organizations such as Planned Parenthood have questioned the legislation’s validity through the court system.  The controversial HB 5 measure signed into law in 2022, also known as the Reducing Fetal and Infant Mortality Act, brought forth a lawsuit from the company as well as emergency notions to block the "pro-life" law from being in effect while the case is being tried.

“As Governor DeSantis said, we are better when everybody counts,” stated Griffin. “The Florida Supreme Court denied both of Planned Parenthood’s emergency motions asking the Court to block Florida’s law from taking effect. The Court also accepted jurisdiction of the case and set a briefing schedule. From here, we will continue to defend our pro-life protections.”

Griffin would go on to state that the DeSantis administration will strive to protect the rights provided by the nation’s founding document.

“The Declaration of Independence enumerates three unalienable rights: life, liberty, and the pursuit of happiness--and we stand for all of them,” said Griffin. 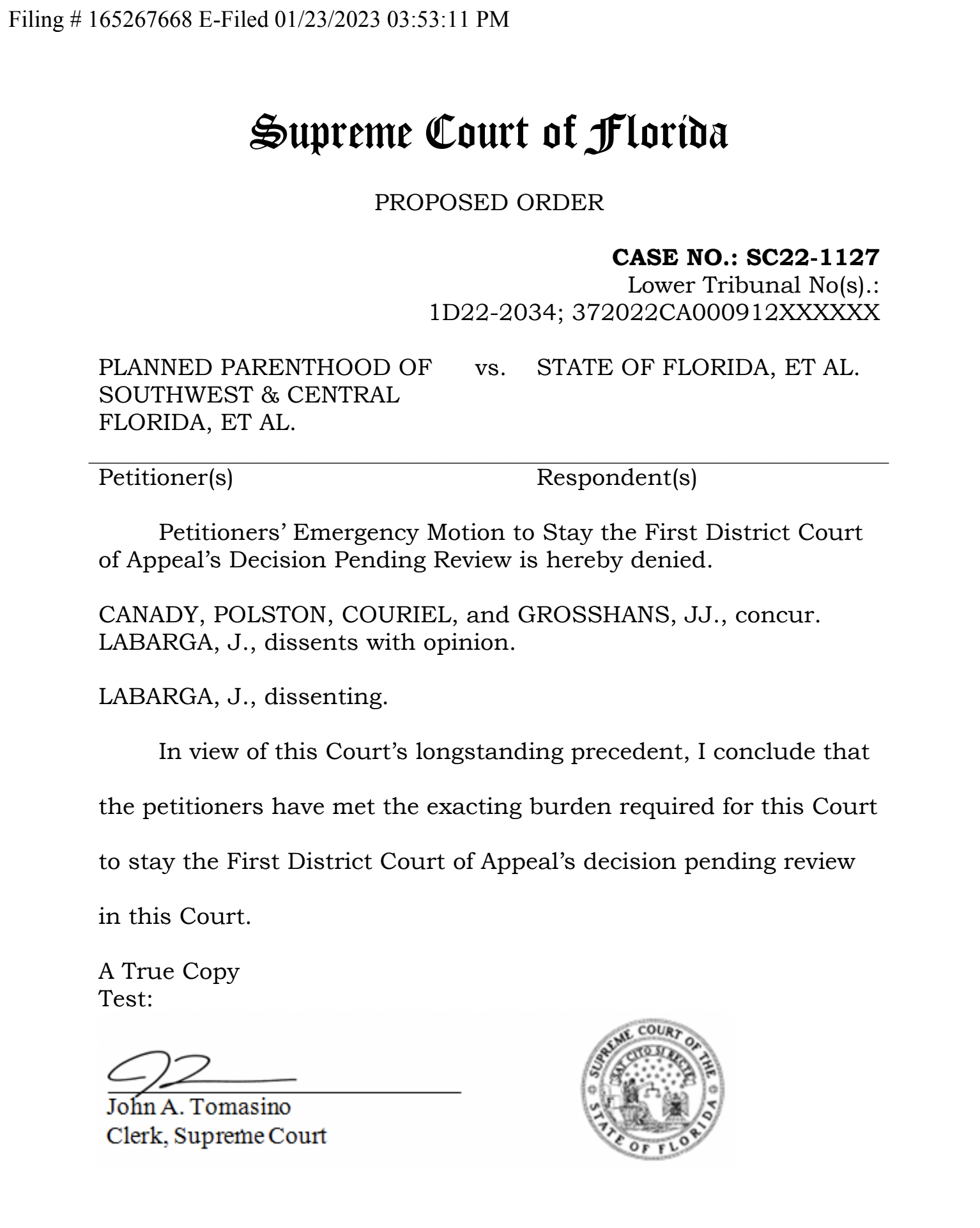 Opponents of the bill, namely Senate Minority Leader Lauren Book and State Rep. Anna Eskamani, have both recently expressed their distaste for the measure, vowing to continue to push reproductive rights in the state.

Rep. Eskamani expressed that the "15 week ban was already deemed unconstitutional by a federal judge and yet the people of Florida continue to have their rights stripped away from us."

"The impact of this law has been devastating and has forced people to leave the state for abortion care," stated Eskamani, calling it "inhumane, un-American and the opposite of freedom."

As a result, Eskamani vowed to "continue to fight for reproductive freedom and bodily autonomy no matter what."

Sen. Book recently asserted her position that "abortion is healthcare" during a rally with Vice President Kamala Harris to commemorate the 50th anniversary of Roe vs. Wade.

"Right now they may have the votes, but my friends you know we have the voices, and we have the loud clear support of President Biden,” said Book before reiterating her past position that "abortion is healthcare."