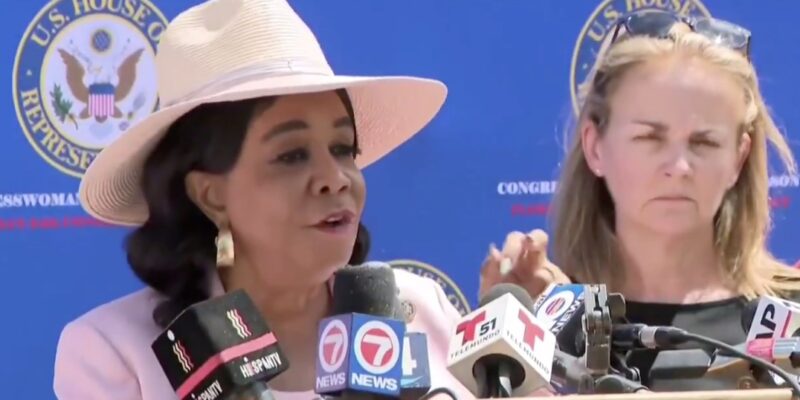 The Respect for Marriage Act has been sent to President Joe Biden’s (D) desk, and the President is expected to sign it soon.

Rep. Wilson is a member of the LGBTQ+ Equality Caucus, and she announced that she was proud to have voted in favor of the legislation, calling it “a historic step toward defending freedom and equality.”

“Today, we’re sending a message that hate and bigotry have no place as we stand united in upholding marriage equality for all Americans,” Wilson wrote, adding that “once again, love has truly prevailed above all in this country, and I look forward to seeing President Biden sign this bill into law.”

As a @LGBTEqCaucus member, I'm proud to have voted for the #RespectforMarriageAct, a historic step toward defending freedom and equality. Today, we're sending a message that hate and bigotry have no place as we stand united in upholding marriage equality for all Americans. pic.twitter.com/jWtWR00hcT

39 Republicans voted in support of the legislation albeit GOP members who support the intention voted against it because they felt it wasn't clear enough.

In response to the vote, Florida Rep. Maria Elvira Salazar (R), who maintains that she is "very much pro-LGBTQ community," said that she voted against the legislation because it didn't include "the Rubio amendment." This amendment was included to address "vague phrasing," and Florida Senator Marco Rubio (R) explained that "this bill does not protect religious liberty."

Regardless, supporters of the bill like Florida Rep. Debbie Wasserman Schultz (D) celebrated the passing of the bill, and the Florida Democrat accompanied this by sharing her words of support from the House floor.

As Vice Chair of the @LGBTEqCaucus, I am proud to vote for the #RespectforMarriageAct. #LoveWins again in the United States, and I look forward to seeing @POTUS sign this bill into law. 🌈 pic.twitter.com/YN0d5vfKvo

President Barack Obama (D) also shared his thoughts on Instagram, expressing that the legislation "brings us closer to preserving the fundamental right of every American to marry who they love."