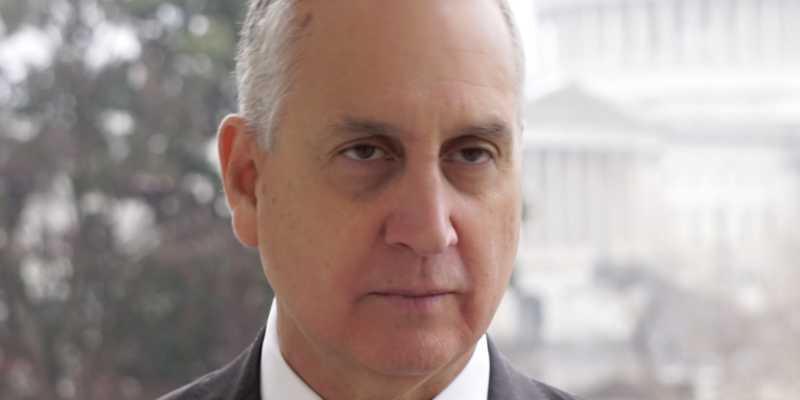 The Respect for Marriage Act that was passed by the US Senate is now on its way to the US House.  While the bill seems to stand for values that should be bipartisan, legislators like US Rep. Mario Diaz-Balart (R-FL) believe the bill crosses the line on American religious liberties.

Rep. Diaz-Balart voted in favor of the House version of the measure that was sent over to the Senate, but not opposing what was sent back over from the upper chamber.

Currently, the right to same-sex marriage has been recognized across all 50 states since 2015.  However, with the decision this year by the Supreme Court to overturn Roe v. Wade, progressives doubled down on codifying same-sex marriage in an effort to intercept a possible overturning of the practice by the SCOTUS.

Some lawmakers have hinted that the SCOTUS is even willing to overturn interracial marriage, which was established as legal by Loving v. Virginia (1967), contributing in the effort to further smear Justice Clarence Thomas.

While the Senate managed to get every Democrat and a solid portion of Republicans to vote for the bill, both of Florida's Senators doubled down and voted no.  State Senator Shevrin Jones (D-35) called this, "deeply distressing."

The opposition to the bill, mostly cited religious freedoms being put at risk because of the bill, including Rep. Diaz-Balart.  Diaz Balart called it, "unfortunate," that the Senate, "missed an opportunity to protect marriage equality while also guaranteeing religious freedom."

"I, however, cannot support any effort that undermines religious liberties by failing to provide legitimate safeguards for Faith-Based organizations that object based on their deeply-held religious beliefs," stated the Florida Congressman.

Diaz-Balart also made mentioned of how Democrats, "doubled-down" on the bill when Republican members of the US Senate offered amendments.  Not only should the country get used to seeing a showdown between the SCOTUS and the legislature, but also between the House and Senate as the GOP officially gains control of the US House in January.

"My record shows that I am a long-standing advocate against discrimination of all types. I, however, cannot support any effort that undermines religious liberties by failing to provide legitimate safeguards for Faith-Based organizations that object based on their deeply-held religious beliefs,"said Diaz-Balart, adding, "It is unfortunate that the Senate missed an opportunity to protect marriage equality while also guaranteeing religious freedom. After multiple efforts by my colleagues to offer amendments, Senate Democrats rejected each amendment and doubled down on a bill that fails to uphold the religious liberties which are sacred to our nation."
Facebook Twitter LinkedIn