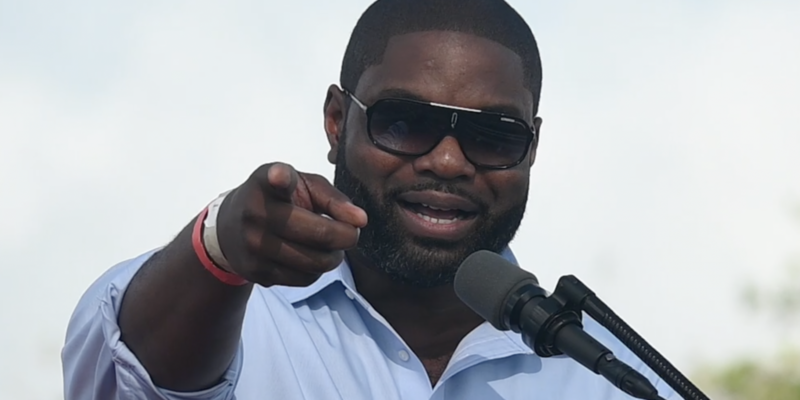 Rep. Byron Donalds (R-FL) told The Floridian Publisher Javier Manjarrés what the American people can expect from the House Oversight Committee he sits on come January 3rd when House Republicans take control of the 118th Congress.

Republicans such as Donalds, Rep. Kat Cammack (R-FL), and Rep. Brian Mast (R-FL) have all come out in favor of questioning Department of Homeland Security (DHS) Secretary Alejandro Mayorkas, and from there, possibly moving into impeachment procedures.

When asked about this possibility, Rep. Donalds stated that Republicans would take all the necessary steps to thoroughly investigate the ongoing border crisis.

“First thing we’re going to do is actually get down to having real hearings about what’s happening in the southern border, bring the Secretary (Mayorkas) in to answer questions again to Congress, and if he continues to lie to the members while he’s under oath, then we’ll deal with that oversight," said Rep Donalds.

Now that Republicans are in control of the lower chamber, in the past, many have questioned the Republican's ability to govern while in power.

However, newer faces such as Donalds, are looking to change that narrative. When asked about what other oversight would be conducted in the next Congress, Donalds rattled off a laundry list of things they’re looking forward to investigating.

“Oh, man, we have so many issues,” stated Rep. Donalds. “I mean you’re going everything from energy, TikTok cybersecurity, still have to deal with the aftermath of Afghanistan and what happened there.”

Manjarres then doubled back and had Donalds elaborate on the effort to investigate Afghanistan.

“It set up a lot of our foreign policy issues we have today. We can’t ignore that,” stated Donalds. He then went on to include the recent revelations that have transpired on Twitter; more commonly known as the “Twitter Files.”

A few days ago, Elon Musk released internal documents showcasing different parts of the government looking to suppress or boost certain information on the platform. Musk did this in hopes of achieving transparency and gaining the trust of the platform’s users.

When asked about what else Republicans are going to investigate, Donalds went on to mention  the involvement between Twitter and other social media platforms with the 2020 presidential election.

“Obviously, what’s happening with Twitter, and social media companies that have been pressured at best, coerced at worst to suppress stories and information. Those are all obviously threats to our democracy, like my colleagues on the other side of the aisle talked about, and so I think we have to engage in all that stuff," added Donalds.

The 118th Congress will begin on January 3rd.