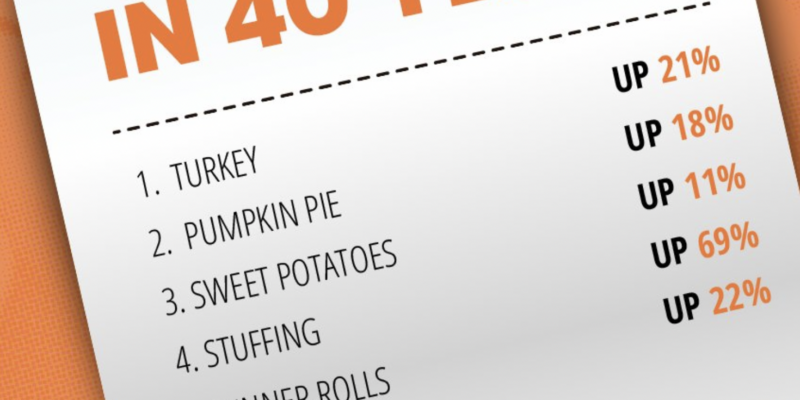 Thanksgiving is fast approaching, and Republicans argue that financial woes will only continue to burden Americans amidst a struggling economy. With food prices continuing to rise, Florida Senator Rick Scott (R) shared a graphic showing how much the customary Thanksgiving Day feast has gone up because of “Bidenflation.”

Ahead of the 2022 midterm election, rising inflation was a great concern for voters. Republicans directed blame at President Joe Biden (D) for costs going up.

Thanksgiving costs are at 40-YEAR HIGHS, thanks to #Bidenflation.

American families shouldn't have to break the bank just to put a Thanksgiving meal on their kitchen tables or come home for the holidays. pic.twitter.com/bBLRA1UsAz

“American families shouldn’t have to break the bank just to put a Thanksgiving meal on their kitchen tables or come home for the holidays,” wrote Scott.

The graphic Scott shared lists a number of food items that are popular on Thanksgiving dinner tables. However, GOP lawmakers warn that it might be difficult for many to purchase. According to the graphic, turkey has gone up 21%, pumpkin pie has gone up 18%, sweet potatoes have gone up 11%, stuffing has gone up 69%, and dinner rolls have gone up 22%.

President Biden welcomed Thanksgiving by pardoning Chocolate and Chip, two turkeys. In the turkey pardoning ceremony, the president quipped on the midterm election, saying that “the only red wave this season will be if our German shepherd Commander knocks over the cranberry sauce at our table.” Republicans were able to take control of the House, but they failed to capture the Senate.

While people celebrated the pardoning occasion, critics still point to rising food costs as disheartening. A survey released last week by the American Farm Bureau Federation indicated that a meal for 10 with 12 menu items will reportedly cost $64.05, translating to a $10.74 increase from last year.