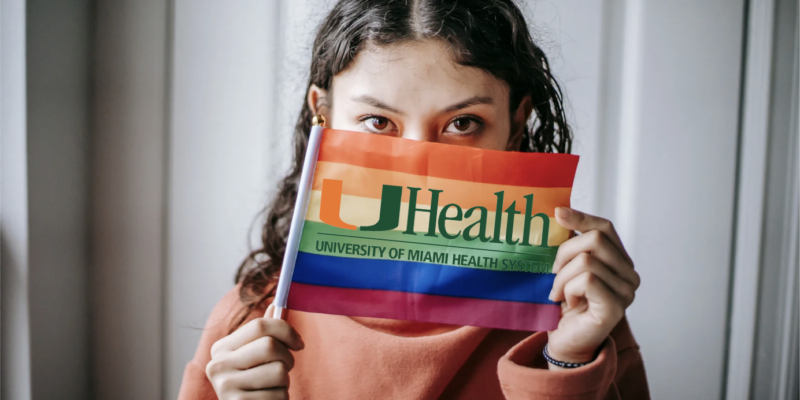 The University of Miami Health System is on record admitting that they will perform surgical procedures, including gender genital affirming surgery and double mastectomies on transgender children as long as one parent consents.

According to its website, physicians will perform procedures on children, including cosmetic and plastic surgery, with the following stipulations:

“Patients under the age of 18 will need parental consent for genital procedures. For patients with Gender Identity diagnosis, our physician staff will follow the guidelines of the World Professional Association of Transgender Health (WPATH). These guidelines are established to ensure that you are fully prepared for surgery. They recommend one/two referral letters prior to undergoing surgery. These letters must be from an experienced mental health professional, who you have worked with for over a year. Letters must state that gender-affirming surgery is the correct course of treatment for the patient.”

A source, who wishes to remain anonymous, spoke to a representative on the phone regarding gender-affirming surgery for her 16-year-old daughter seeking to transition to a male. The representative advised that initial consultations are done with the plastic surgeon, Dr. Sarah Denker.

The representative also confirmed that UM would perform a double mastectomy or "top surgery" on a girl as young as 16 years old.

As for genital surgery, the representative indicated that the surgeon could discuss those options during an in-person consultation.

When asked whether consent is required from both parents, Lauren Foster, Director of Concierge and LGBTQ+ Services in the Office of Patient Experience, advised that consent from one parent is enough. She reiterated that even if the other parent is opposed to these permanent medical procedures being performed on their child, their facility only requires one parent’s consent. 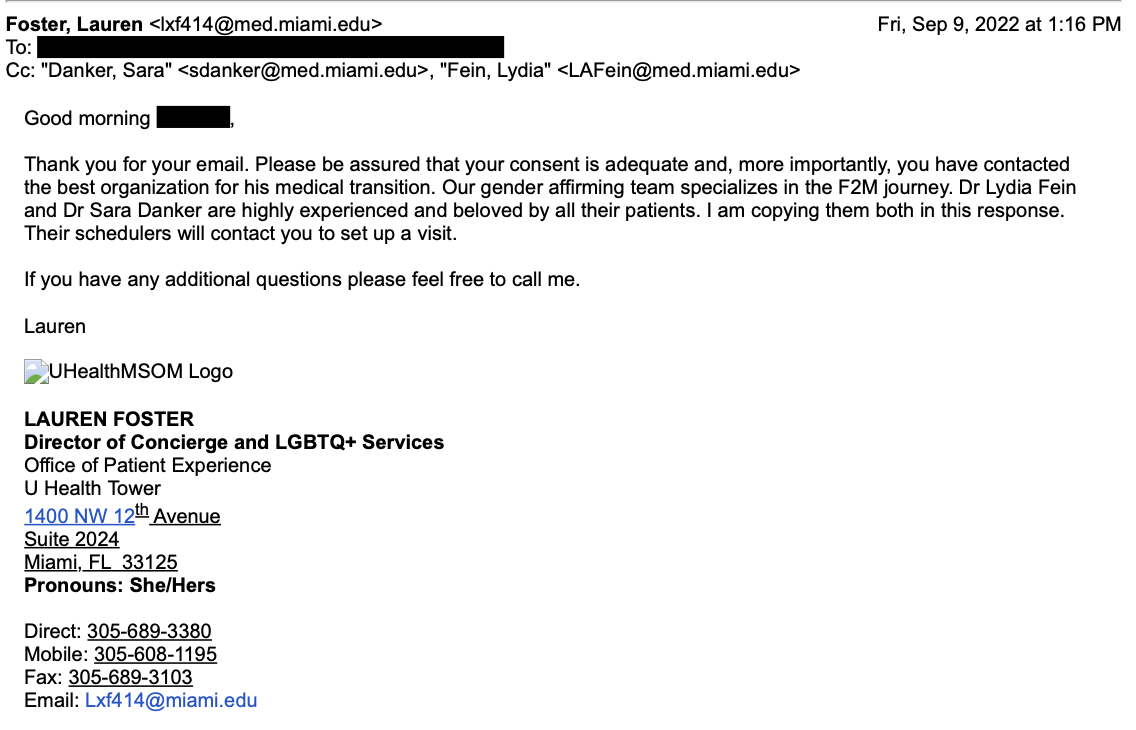 In other words, a parent who does not believe that this life-changing surgical procedure is appropriate for their child may be excluded from the decision-making process, and may have little recourse to prevent the procedure from taking place. It also means that the surgery may be performed without one parent's knowledge.

However, this practice appears to contradict recommendations from major medical organizations. The Endocrine Society, for example, does not recommend genital surgery for minors.

In fact, Boston Children’s Hospital makes it abundantly clear that “all genital surgeries are only performed on patients age 18 and older.”

As reported by the Tampa Bay Times, the Chief of Pediatric Endocrinology at the University of Florida, Dr. Michael Haller, confirmed the American Academy of Pediatrics has established a standard of care for transgendered youth, which dictates that genital surgeries should only be offered to people 18 and above.

The University of Miami may be violating this standard of care.

Governor Ron DeSantis has been adamantly opposed to the practice of performing permanent surgery on transgender youth. During a press conference in August, Gov. DeSantis said, “They talk about these very young kids getting gender-affirming care. What they don’t tell you what that is that they are giving very young girls double mastectomies, they want to castrate these young boys — that’s wrong.”

In response to a petition by the Florida Department of Health, the Florida Board of Medicine is now in the process of developing rules for treating transgender children.

While the University of Miami Health System is a private institution, it receives many subsidies and funding from the State of Florida. In fact, Florida’s 2022 “Freedom First Budget” included millions of dollars allocated to UM’s Health System.

The question remains whether Floridians are indirectly footing the bill for radical genital surgeries on minors. While monies are directly allocated to specific needs, could the health system's administrators ultimately decide to reallocate those taxpayer dollars to fund other departments?