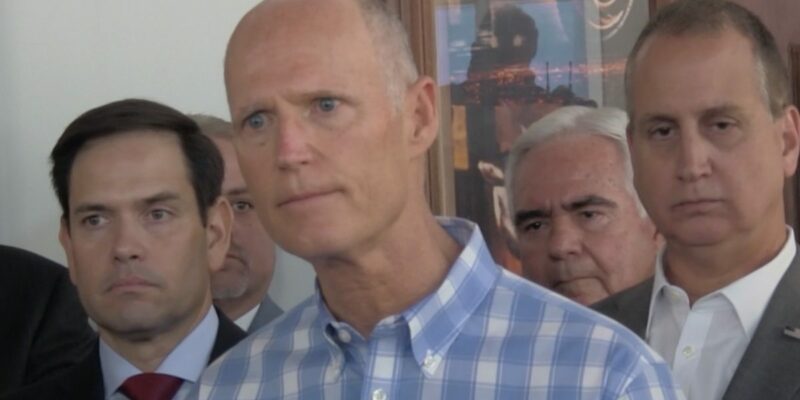 As the new inflation numbers came out, August produced an 8.7% rate according to the Bureau of Labor Statistics.

Home goods such as eggs, turkey, and home heating oil reached the upper double digits and even the triple digits in inflationary cost in the past year, with eggs at a +104.7% rise since August of last year. Sen. Rick Scott (R-FL) released a statement regarding the incredibly high numbers:

“Yesterday, after yet another inflation report showed that prices were up again, Joe Biden and the Democrats here in Washington threw a big party at the White House. Here’s the message they are sending to American families: WE DON’T CARE ABOUT YOU OR YOUR PROBLEMS.

Growing up, my family was poor and we lived in public housing and we had to watch every penny we spent. I can’t imagine what my mom would think seeing a President of the United States pop champagne while she could barely afford to feed her kids. But that’s exactly what’s happening all across this country,” said the Florida Senator.

He would also mention, “to add insult to injury, Biden continues to claim that the economy is great and that tons of jobs are being created. That’s a lie and here’s what he’s not telling you: full-time jobs are way down and it’s only part-time jobs that are growing. Full-time jobs fell by 242,000 in August ALONE. Self-employment is DOWN," said Sen. Scott.

"Today’s PPI report tells you why businesses are cutting jobs – costs are still skyrocketing higher every month and businesses, especially our small businesses, are being forced to cut costs. So now Americans are being forced to take multiple part-time jobs just to get by. That’s the result of Joe Biden’s terrible economy and it’s killing the American Dream for families all across our country. When Republicans retake the majority in 2023, we’ll end this reckless, inflation-fueling spending, fix this broken economy and deliver power back to the American people, where it belongs," concluded Scott.

For the past 6 months (roughly), Senator Scott has ramped up his aggressive dialogue with President Joe Biden (D), including calling him to resign. Since then, his national presence has increased, with some questioning his motives of a possible White House run in 2024.