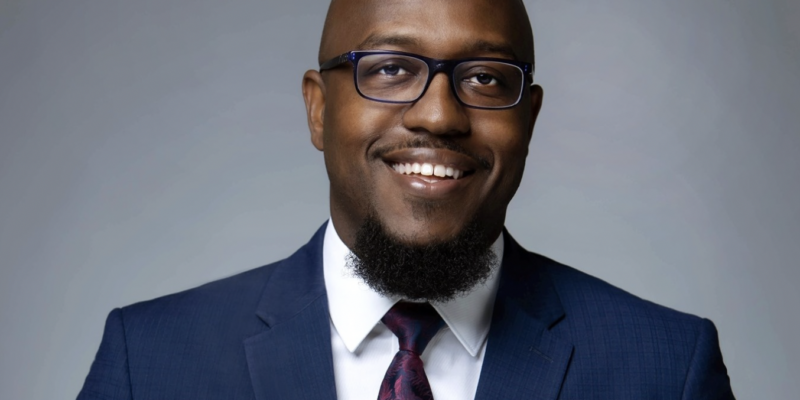 “All deception is rooted in truth, otherwise it would be powerless to deceive.” That is how Dr. Drew Montez Clark (R-FL) responded in an exclusive interview with The Floridian when asked about his opponent, incumbent Shelia Cherfilus-McCormick (D-FL) supporting the ability to have an abortion while also being a “woman of faith.”

Montez Clark, a Virginia Tech graduate, is running for the U.S. House of Representatives in District 20 this election cycle. Family, faith, and freedom are the focal points of his campaign, which is why we asked him about his opinion on his opponent’s stance on the abortion issue.

“Some people try to use Scripture in the Bible to justify abortion. You can’t do it. But there’s a lot of people who try. So fundamentally whether you talk scripturally or faith perspectives, or you talk Constitutionally from our forefathers, the Supreme Court just ruled that the Constitution doesn’t give Constitutional right to abortion. They didn’t make a ruling of it. They just said there’s no Constitutionality and no one is going to show me anywhere in Scripture where God says it’s okay to kill a baby," said Dr. Clark.

Since the overturn of Roe v. Wade, there has not been a more controversial issue to face the American electorate. The Supreme Court, as Montez Clark mentioned, did not make it federally illegal to have an abortion, but instead put the decisions back in the hands of the people in their respective states.

In our interview with Dr. Clark, the Republican candidate gave insight into what he thinks his opponent’s strategy is come November:

“She’s counting on her constituents not diving deeper. Because I can tell you one thing and then vote another way, because, how many of the constituents are actually going to go out and pull out the bill? Not just read the line or see the heading, but pull it out and see what’s in it, and see what she voted for," added Clark

Less than a month ago, Dr. Clark was banned from Twitter on the eve of the Republican primary. On November 8th he will face off against Shelia Cherfilus-McCormick for her seat.