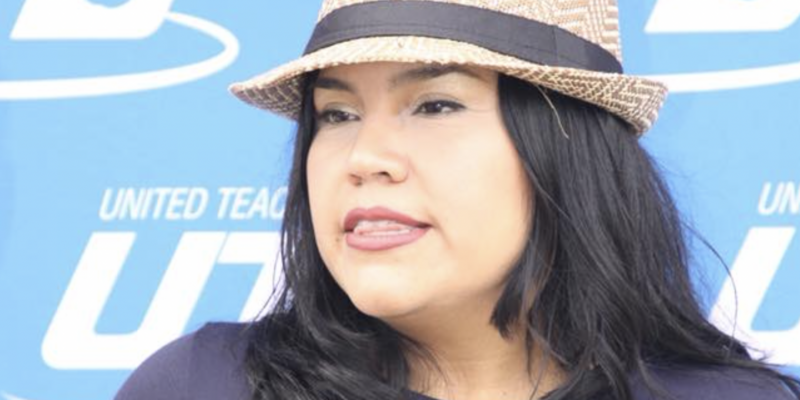 With the 2022 midterm elections less than two months away, candidates are ramping up their offensives against one another. On Tuesday, Gov. Ron DeSantis (R) released a Spanish-language radio ad targeting his rival Charlie Crist's (D) pick for Lt. Governor, Karla Hernandez-Mats.

The ad can be heard and is translated to English over at El American, which features two women named "Carmen" and "Yani" conversing over the phone.

The Yani character calls Carmen, asking if she has heard about Crist's selection of Mats. Carmen confirms, to which the two discuss Mats' past. As The Floridian covered, Mats' tenure as chief of United Teachers of Dade saw several controversies.

"Wasn’t she the one who opposed opening the schools, while Governor DeSantis was fighting to keep the kids in school?" Yani asks. During the COVID-19 pandemic, she fought hard in favor of school lockdowns, to the point of driving hearses by a school board meeting insinuating children would die if schools reopened and comparing parents against mask and vaccine mandates to horror movie villains.

To this, Carmen says "That same one. I am not surprised because she also posted on social media that while we celebrated in Miami the death of Fidel Castro in Cuba they were mourning," referring to the infamous, now-deleted tweet Mats published in 2016 which earned her the epithet "Karla Marx."

Finally, the ad refers to the allegations that Mats defended convicted rapist Wendell Nibbs, who had abused his position in the union as its "attack dog" to cover up his sexual abuse of students. Recently, Mats has claimed her defense of Nibbs "has already been debunked" on Local 10.

The ad concludes with Carmen saying that "The agenda of liberal extremists, like Karla and Crist, is hurting our children and now they want to rule the state," to which Yani responds, "What kind of surprise are they going to get in November!"