A study by Open Secrets research group revealed the accomplishment. 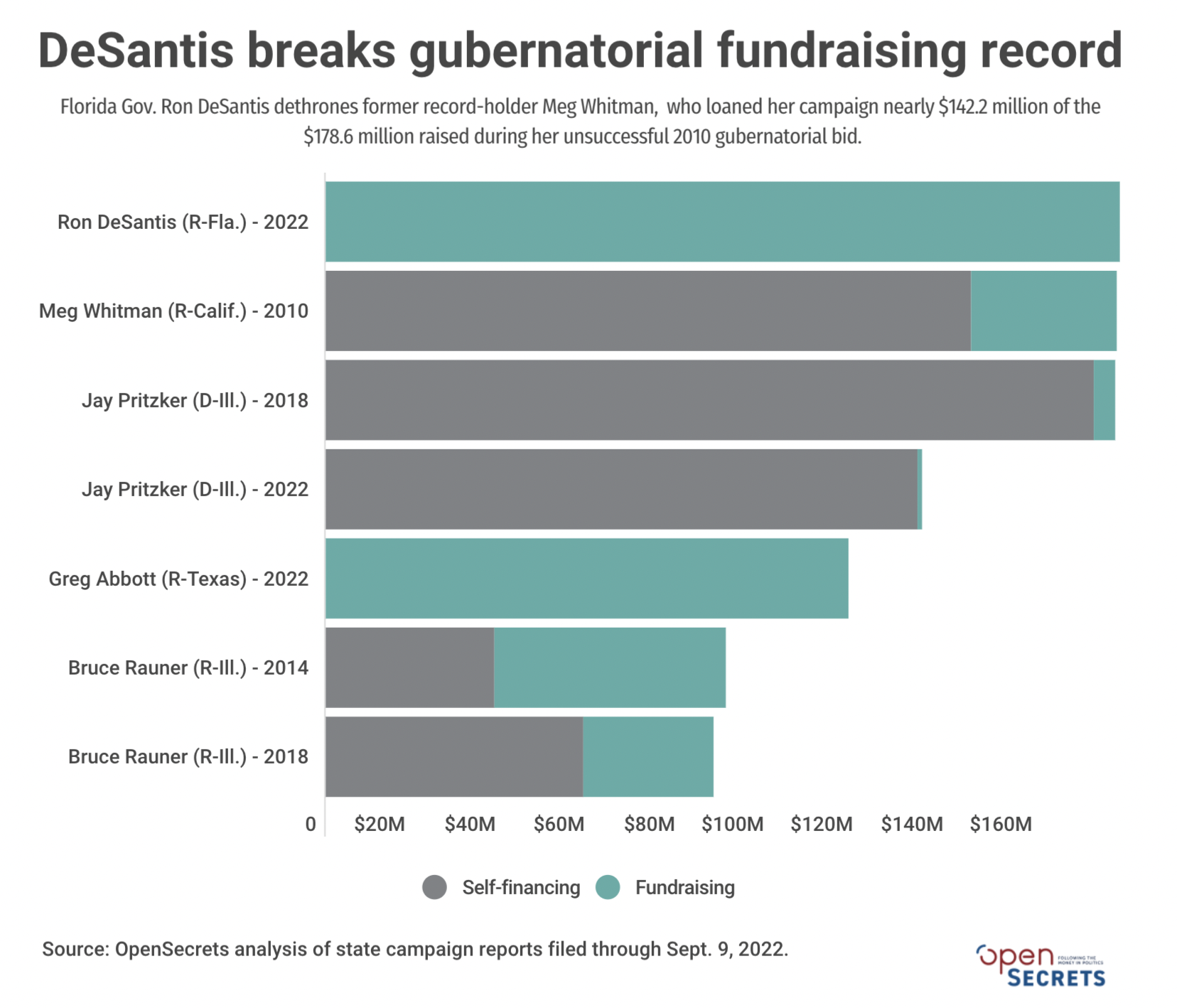 As the data demonstrates, not only is the sheer volume of funds raised by DeSantis and his supporters remarkable, but more so the fact that DeSantis has reached these exorbitant digits without chipping in any personal assets.

Peculiarly, DeSantis’ fundraising efforts have largely been fueled by grassroots efforts. In fact, most of the donations received stem from ordinary Floridians, albeit supporters keenly interested in seeing DeSantis remain governor, who have mobilized to make numerous small donations.

As such, not only has DeSantis been able to fundraise the funds he has, but he has also been able to fend off criticisms regarding being fettered to big corporate interests.

Yet Florida Republicans remain wary of the Democrats' fundraising machine. The Republican Party of Miami-Dade Tweeted on Friday Evening that Democrats are “pouring in MILLIONS to bring their woke ideologies to our state.”

D.C. Democrats know Florida is the last line of defense against their agenda of chaos and destruction, and they’re pouring in MILLIONS to bring their woke ideologies to our state.

DeSantis' Democrat opponent, Rep. Charlie Crist, has managed to raise $20 million. While Crist’s numbers are almost ten times less than DeSantis’, Crist has reached $20 million in little over a month.

Consequently, although the gubernatorial election is less than three months away, Republicans fear that Crist's fundraising numbers will continue climbing at the exponential rate they have recently done.