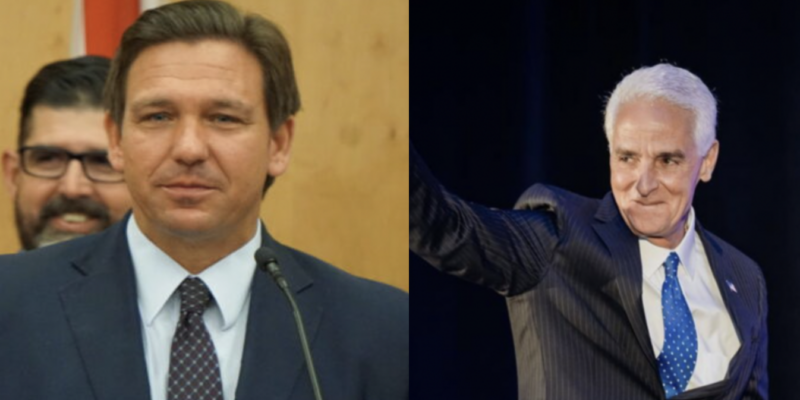 Just as Vice President Kamala Harris asserted that there was not an illegal immigration border crisis along the U.S. southern border, Rep. Charlie Crist, who is running for Governor of Florida, contracted the Vice President during a recent interview on CNN.

Rep. Crist, who was asked to respond to Gov. Ron DeSantis’s move of flying 50 illegal immigrants to Martha’s Vineyard this week, believes that “Texas may have an issue” with illegal immigration, but Florida does not.

“So we're not even a border state. We're surrounded by water. The only borders we have our with Alabama and Georgia, so to say that we're overwhelmed in Florida is ridiculous,” said Rep. Crist. “Texas may have an issue but for the governor of Florida to go to Texas and kidnap his, you know migrants that have come into his state, and make it some kind of crisis in Florida.”

The Biden administration has been flying and busing illegal immigrants from U.S. border towns to cities around the country, including Florida.

What DeSantis and Abbott are doing is exactly what the Biden administration continues to do, only they are relocating the immigrants to Progressive-minded cities so that local sanctuary-minded governments will shoulder the economic burden.

“The minute even a small fraction of what those border towns deal with every day is brought to their front door, they all of a sudden go berserk. It just shows you that their virtue signaling is a fraud,” said DeSantis.

Florida Rep. Gus Bilirakis pointed to the ongoing and “legitimate humanitarian and national security crisis” along the U.S. southern border with Mexico.

“While the brave men and women who serve in Homeland Security have done a yeomen's job combatting human, drug and weapons' trafficking (as evidenced by the increased arrests in the past year) their limited resources are stretched far too thin,” said Rep. Bilirakis “ I believe we must listen to the law enforcement experts with firsthand knowledge of the situation and give them the tools they need to effectively tackle the problem.”

We’re leading the fight to hold him accountable and make sure he’s voted out this November. pic.twitter.com/uMtpLt7ZaS