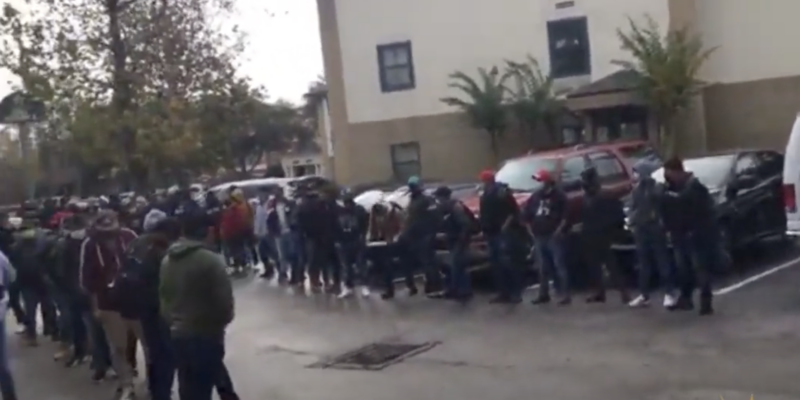 Most of the migrants are reportedly of Venezuelan origin, fleeing the poverty-stricken and crime-ridden nation that Maduro’s socialist regime has created.

Recently, the Biden administration came under fire for its bilateral relations with Venezuela and other authoritarian regimes in South America.

However, Governor Greg Abbott’s move to ship illegal migrants to so called ‘sanctuary cities’ and other Democratic areas has arisen out of political disagreement in Washington over the nation’s immigration policies.

BREAKING: Two buses of 101 migrants mostly from Venezuela arrive outside @VP Harris house in DC sent by @GregAbbott_TX - one migrant telling me he believes the border is “open” @FoxNews pic.twitter.com/Q70utdE4k0

It seems however, as if governors like Abbott and DeSantis are attempting to turn the tables and force Democrats supporting the sanctuary city idea to  ‘Put their money where their mouth is’ by processing illegal migrants that would otherwise be regulated by border states and cities.

Conservatives argue that sanctuary cities will soon cease to endorse weak immigration policies the more that they are directly exposed to the issue of unregulated, illegal immigration.

Currently, it is unclear whether the policy of shipping illegal migrants to sanctuary cities will be sustained moving forward.  What remains clear is that the move is an attempt by conservative states to demonstrate what they see as the feebleness of sanctuary cities’ resolve to fulfill the empty promises they make to immigrants illegally entering the country.