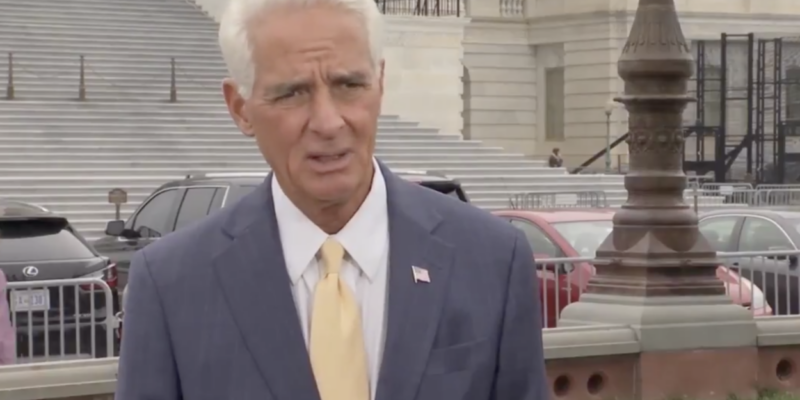 Rep. Charlie Crist has again made intense personal attacks against Governor Ron DeSantis and his supporters, continuing an onslaught that began with his victory in the Democrat gubernatorial primary and has remained til today. Through a tweet on Wednesday night, Crist described Gov. DeSantis as only caring for Floridians who support his “hateful” and “far-right extremist” agenda.

It’s time we have a governor who will represent ALL of us. Vote ‘no’ to DeSantis this November.

While this latest tweet only implies that DeSantis’ supporters embrace and endorse fascist ideas, it follows a growing trend where Crist’s campaign has focused on specifically and purposefully targeting DeSantis and his supporters.

In effect, just this week, Crist justified President Biden’s remarks characterizing pro-DeSantis Floridians as “semi-fascists”. Additionally, Crist has previously alleged that DeSantis voters must have “hate in their hearts” since they support DeSantis’ policies.

On their end, the DeSantis campaign has brushed the attacks aside, characterizing them as the statements of a gubernatorial candidate seeking to divide the country and serve as “first string on Joe Biden’s team of puppets.”

The intent underlying Crist campaign’s violent rhetoric is to rally the democratic electorate’s support given DeSantis’ robustly conservative record while in office and his proposed plans for the future. However, critics argue that alienating and demonizing over-half of Floridian voters who elected DeSantis and, as polls have demonstrated, have consistently approved of his job as governor, is a self-destructing strategy.

The final verdict regarding the effectiveness of Crist’s current campaign strategy will be decided by Floridians on election day. For now, according to the most recent polls, Crist trails DeSantis by a %7 margin ahead of the November elections.