I have spent the last several weeks meeting with constituents and visiting countless small businesses in our community.  The message I’m getting loud and clear is that our neighbors and businesses are hurting.  Inflation is raging causing the price of gas and groceries to skyrocket.  People simply can’t keep pace, and they need help, especially those who are on fixed incomes, like our seniors. And, everyone knows that the source of their pain is reckless government spending.

Unfortunately, Democrats unified majority has brought America to its knees through a string of crises, both nationally and internationally.  My constituents know that the since Joe Biden has been in office, congressional Democrats have spent trillions in unrestrained spending, including the latest $700 billion boondoggle which received zero support from me and my fellow Republicans.  Despite its misleading name, independent analysis has shown that  the so-called Inflation Reduction Act will do nothing to ease inflation.   In addition to wasting hundreds of billions of taxpayer dollars on a radical leftist agenda, the bill contains nearly $570 billion in new taxes on middle class Americans and small businesses, including those making under $200,000 per year.   Tax increases are a bad idea at any time, but they are an especially egregious during a recession.   More alarming is spending $80 billion dollars to hire 87,000 new IRS agents- bringing the agency to more than 160,000 employees.  That is more than the number of employees working in Border Patrol, the Pentagon, the FBI and the State Department, combined.

The good news is that the American people clearly see the failures of one-party rule in Washington and are anxious to bring much needed accountability to Washington this fall.  The better news is that House Republicans have a concrete plan for moving our country forward.  Our commitment to America includes taking the steps that will lead to the following outcomes:  an Economy that is Strong, a Nation that is Safe, a Future that is Free, and a Government that is Accountable.

To build an economy that is strong, we must recognize that we cannot spend our way out of our current economic crisis.   Instead, we must create an environment where innovation can thrive, and small businesses can once again expand.  Washington needs to stop spending money we don’t have, tighten our belts and live within our means. American ingenuity must be unleashed like it was pre-pandemic.  Government must get out of the way and remove unnecessary regulations that prohibit growth.  This message was a constant refrain during forums I held with small business owners, manufacturers, and Chambers of Commerce throughout my district.  My colleagues and I will continue to push back and fight for these commonsense measures that will grow the economy, reduce inflation and lower the cost of living.  Furthermore,  restoring American energy independence by ending the Biden Administration’s war on domestic production will reduce the price of gas, replenish our Strategic Petroleum Reserve, and ween us off of foreign oil.  Finally, we will fix our broken supply chain and end our dependence on China and other adversarial nations.

To champion a nation that is safe, we must secure our borders and enforce the rule of law.  We must also reduce crime and tackle the addiction crisis fueled by deadly fentanyl flooding our streets.  During my listening tour, I met with local law enforcement to discuss support they need to keep our community safe.  They told me that without question, the drugs we are seeing on the streets of Pasco County and throughout the Tampa Bay area are coming here directly from Mexico.  I also went on multiple Ride-A-Long trips with local law enforcement officers to get a first-hand perspective on the challenges they are encountering in battling fentanyl.  I spoke with a patient at a local hospital who nearly died from a fentanyl overdose.  I listened in as law enforcement and healthcare providers shared with him valuable community resources in that could help him in his recovery efforts.  I also visited our state’s cybersecurity institutes and learned about efforts to fortify our nation’s critical infrastructure from cyberattacks and to prepare the next generation of cyber professionals for emerging threats.  Finally, I spoke with the new Wing Commander at MacDill Air Force Base in Tampa as well as countless Veterans to discuss their perspectives on what we need to do to keep our country safe!  I am energized and know that my Republican colleagues and I are ready to lead on these important issues and already have plans in place to provide solutions!

To ensure a future that is free, we must make sure every kid can succeed.  I visited parents who felt they didn’t have a strong enough voice in their child’s education, joined Florida Governor DeSantis to discuss innovative strategies for addressing our teacher shortage, and spoke with educators about the hard work that is being done in classrooms throughout our community to ensure that all children have the chance to reach their highest potential.  A free future also includes better, healthier, and longer lives for all Americans.  I met with seniors and senior advocates to discuss the need to protect quality health care options, such as Medicare Advantage.  Additionally, I hosted a session with Parkinson’s and Alzheimer’s patients who were concerned that the healthcare provisions recently signed into law as part of the new tax and spend bill will lead to less pharmaceutical innovation, which could halt the critical research needed to develop more effective treatments and cures for their diseases.  I also toured rural hospitals and long-term care facilities to discuss the unique challenges they face in providing quality patient care in the midst of staff shortages. Fixing our nation’s broken mental health system was also a recurring theme during my listening sessions.  I visited an effective mobile mental health crisis stabilization unit which has been successful in reducing the number of youth that need to be hospitalized for mental health emergencies.  I also hosted a community forum on addiction.  Law enforcement made it clear that as long as we have demand for these deadly drugs, the criminal element will find a way to provide supply.  We talked about the need for a new approach, as throwing money at the problem has been woefully ineffective.  These stakeholders gave me excellent advice that I will bring back to my colleagues in DC.

Another critical element of developing a future that is free is confronting Big Tech for its war on speech and expression and its destructive impact on young minds.  As the Lead Republican on the Consumer Protection and Commerce Subcommittee, I have been working on these issues for the past two years.  I will ensure transparency and require Big Tech to better protect our children utilizing their social media platforms.  I held several forums with local teens, parents, educators, and law enforcement.  Their stories about what is occurring with children in our community are astonishing and heartbreaking.  It is clear that the time for action is NOW!  My Republican colleagues and I look forward to advancing the work and proposals developed by the Big Tech Task Force that I have served on in the Republican conference.

To develop a government that is accountable, we must reclaim oversight responsibilities and push back against the Biden Administration’s intrusion on the lives of Americans.  Preserving our freedoms under the Constitution, Holding Free and Fair Elections and Restoring the People’s voice is of paramount importance!   That is why I have pushed back against the Biden Administration’s extreme Executive Overreach and demanded accountability for its failures, such as illegal vaccine mandates, the weaponization of the Department of Justice, the botched withdrawal from Afghanistan, and the utter chaos that is occurring along our southern border which includes allowing dozens on the terror watchlist to enter our country at will!  I also hosted an election integrity forum to speak with local leaders about our state and local system of elections and how Republican legislation will help to improve election integrity throughout the nation.

It has been a meaningful whirlwind of activity throughout my August District Work Period Listening Tour which provided me an opportunity to speak with countless constituents, small business owners, and other community leaders.  Their input about America’s future has been priceless. They were unified in their belief that our country is headed in the wrong direction and that the American people are in need of true leadership.  I was proud to be able to assure them that our Republican Conference has solutions ready to address their concerns, and we are eager for the opportunity to implement them.  Help is indeed on the way! 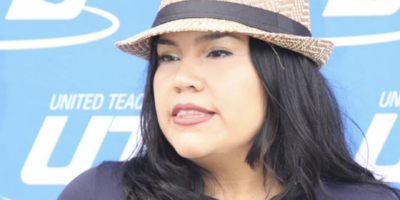 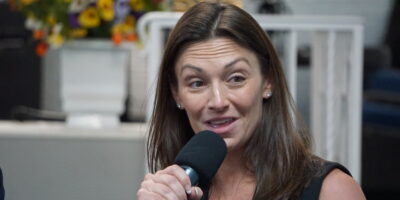