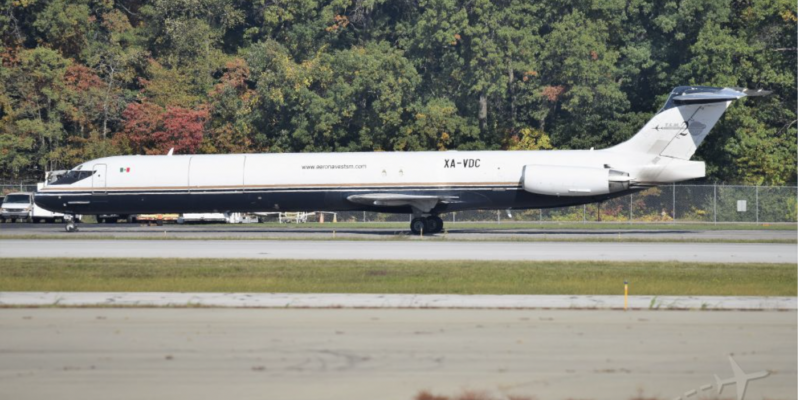 Apparent secret flights have landed in Greensboro, N.C. in the weeks following the Biden Administration's announcement that illegal migrants will be housed at the former American Hebrew Academy.

Multiple flights originating in Mexico, stopping in the border town of Laredo, TX, have landed at Triad Piedmont International Airport (GSO) in the early morning hours on multiple days this week. 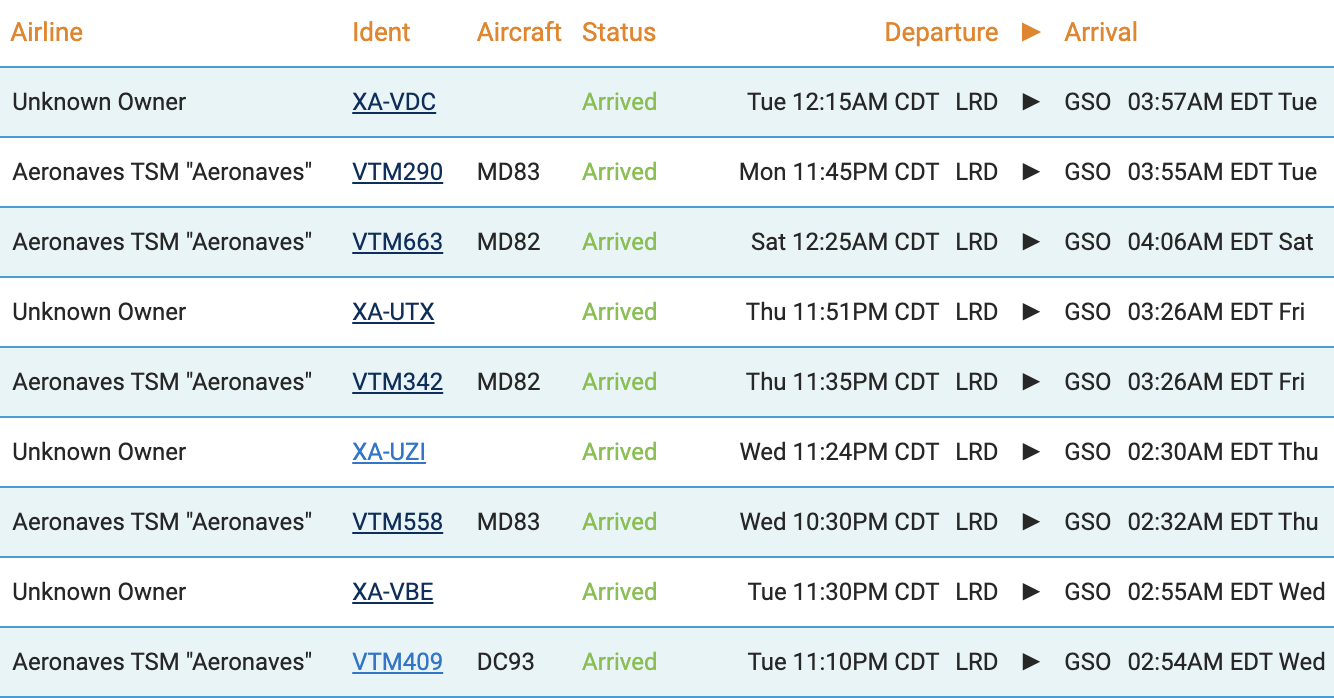 All the flights originated from Mexican airports and stopped briefly in Laredo before arriving in Greensboro.

These flights raise suspicions as the federal government has leased the campus of the former American Hebrew Academy for use as a migrant influx facility to house undocumented minors who illegally cross the Mexican/American border.

The flights appear to land in Greensboro in pairs. For example, Mexican airline Aeronaves TSM departed Laredo on Monday evening (11:45 p.m.) and arrived in Greensboro at 3:55 a.m.

Flight records indicate an additional aircraft, with a different tail number identifier and assigned to an unknown owner, departed Laredo roughly 30 minutes later (Tuesday at 12:15 a.m.) and arrived in Greensboro at 3:57 a.m.

Aeronaves TSM is a Mexican airline based in Saltillo, Mexico, and operates chartered and cargo flights. 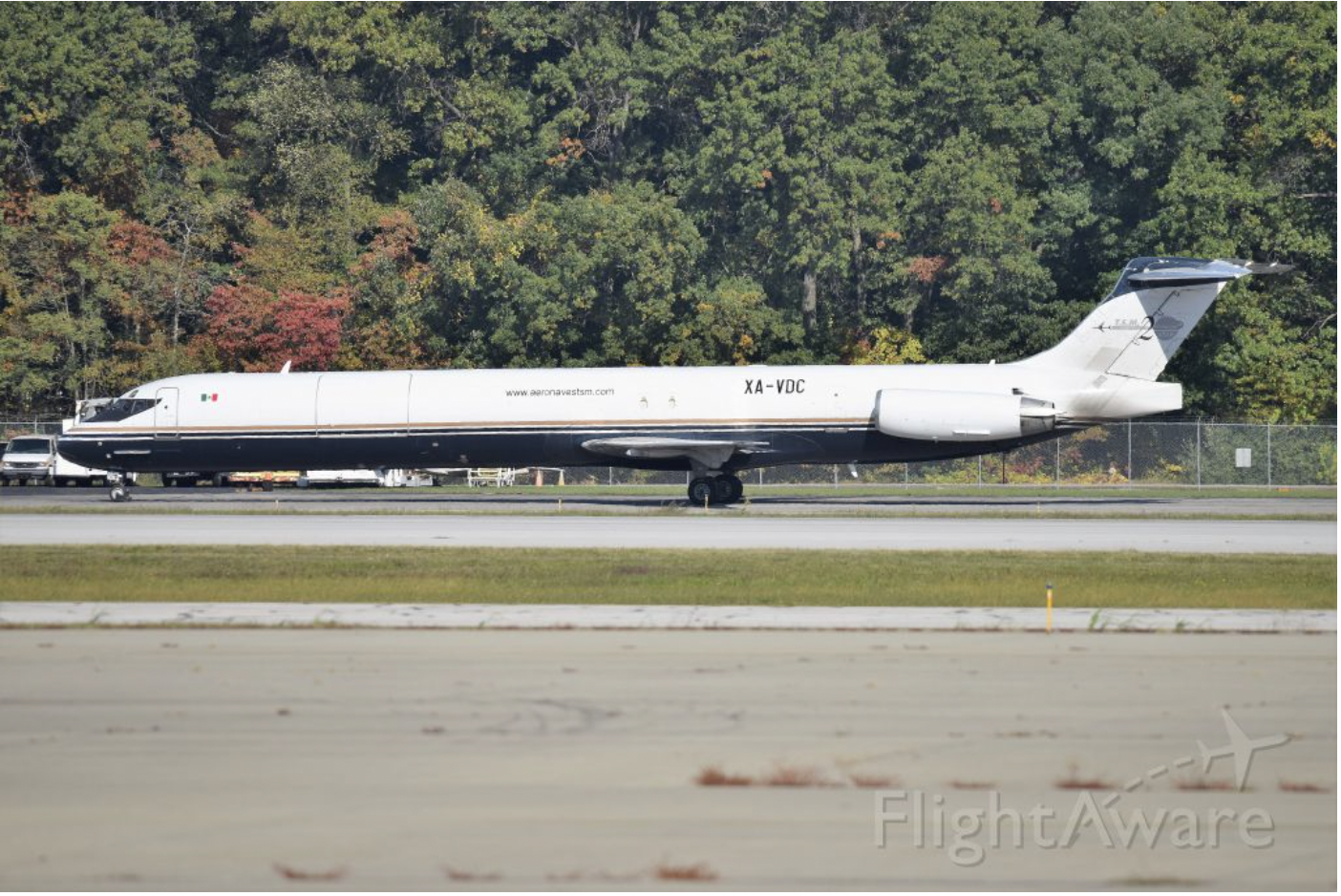 For example, the flight that arrived at 3:57 a.m. on Tuesday departed Saltillo, Mexico, stopped in Toluca, Mexico, before heading to Laredo, TX, and ultimately Greensboro.

Both Mexican cities are areas heavily controlled by Mexican cartels and may be obligatory pit stops for asylum seekers. According to a pastor who assists asylum-seeking migrants, “The Mexican-U.S. asylum process often requires immigrants to report variously in both Nuevo Laredo and Monterrey, between Saltillo and Nuevo Laredo.”

He calls the Saltillo/Monterrey/Nuevo Laredo corridor “one of the most dangerous regions in North America, where cartels operate with impunity.”

The Floridian contacted administrative officials at Piedmont Triad International Airport to confirm whether these flights were private charters or cargo but did not immediately receive a response.

As uncovered by The Floridian, the American Hebrew Academy closed its doors and refinanced its property through an education company headquartered in communist China, Puxin Limited.

Citing our reporting, Sens. Thom Tillis and Richard Burr along with other members of the Texas Congressional delegation, penned a letter inquiring whether the Department of Health and Human Services knew about these suspicious financial ties.

The Floridian also reported that two companies with the same owner received two massive federal contracts to maintain the facility and handle the programming and services will provided there.

After our reporting, at least one of those contracts is now on hold.

The Biden Administration has been accused of conducting secret overnight flights to transport illegal migrants to cities across the country.

Congressman Troy Nehls recently called out the media for its failure to adequately question the Administration on its flying of illegal aliens all over the country in the dark of night it while simultaneously called Texas Gov. Greg Abbott racist for transporting illegal migrants to New York and D.C.

Cory Mills, who recently won his Republican primary in Florida's Congressional District 7, retweeted Nehls. Mills visited the southern border in May to lay eyes on the growing crisis there. A video taken of him along the Rio Grande made national news, where he declared "every single state is a border state under the Biden Administration."

Every State is a border State under The Biden Administration. SECURE OUR BORDERS! 🇺🇸 pic.twitter.com/W4bT9d75eo