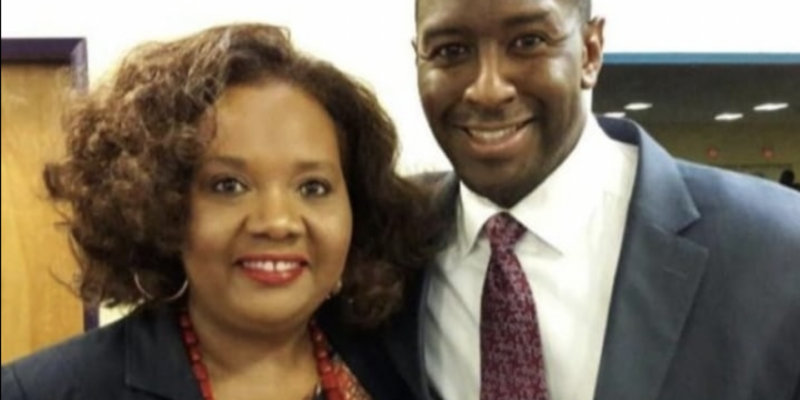 When America First Combat Veteran Cory Mills defeated State Rep. Anthony Sabatini in their contentious Republican congressional primary race, Florida Democrats' hopes to face off with the more extremist Sabatini were dashed, and must now contend with a very well-funded and versed Mills, who will soon have the entire weight of the Republican congressional reelection apparatus behind him.

Progressive Dr. Karen Green (pictured with Andrew Gillum), the Vice Chair of the Florida Democratic Party, is the Democrat nominee for Congress in Florida’s 7th District and will face Mills.

The congressional district leans Republican (R+7), so it will be a heavy lift for any Democrat to defeat any Republican in this district, but Dr. Green will have a tougher time mounting a viable, winning campaign because of her fundraising deficiencies, not to mention her Progressive leanings that Americans (as a whole) continue to reject.

According to the most recent Federal Elections Commission (FEC) reports, Green’s congressional campaign is -$2992.03, and was only able to raise a total of $27,715.75 throughout the primary season. Of the total amount raised, about $12,000 came via a loan Green gave her campaign.

This kind of amebic fundraising is not going to cut it, and will surely spell out a defeat in November.

But while Mills has been able to loan himself the cash needed to win, and could easily stroke a check to fund his general election campaign, the New Smyrna Beach resident was able to raise $323, 678.56 outside of the money he lent his campaign.

There is a high probability that the Democratic Congressional Campaign Committee (DCCC) will stay out of this race and use its depleted resources on races they stand a chance of retaining or picking up.

Green’s lackluster fundraising does not give donors and the national party the confidence they need to help her effort to defeat Mills, who has already received the support of Florida Gov. Ron DeSantis, and is expected to receive the support of former President Donald Trump.

Green could receive support from Progressive groups and donors from around the country, but regardless of how much money she raises, Mills will be able to easily match it, and the Republican Party, who have high expectations for Mills, will also

This is Green’s biggest crutch.

As Biden continues to fail, and as Americans continue to blame the administration for the countries woes, the Florida Democratic Party and Green’s campaign will surely continue to suffer.

Green, as we stated, leads Florida Democrats alongside Chairman Manny Diaz, and is a devout Obama supporter, has been endorsed by arguably the most Progressive Democrat law makers in Florida—Reps. Anna Eskamani and Carlos Guillermo Smith.

Green’s Progressive bona fides are beyond reproach, and Mills conservative credentials and positions are unquestionable.

Here is a list of her accomplishments, current and past positions within the Democratic Party:

Green is also the President of a Florida non-profit, Liberty and Justice for All Community Foundation, which had its tax exemption revoked by the Internal Revenue Service (IRS) for failure to file (3) consecutive tax returns.

According to the IRS, Green’s non-profit last filed a tax return on the foundation in 2017.

Green will face Mills in the November 8 general election.