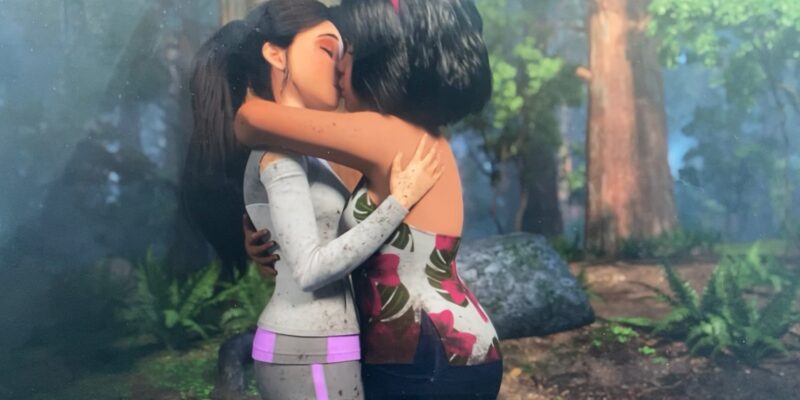 The Netflix kids’ series Jurassic World Camp Cretaceous includes a kissing scene between two young girls. In the latest season of the animated series executively produced in part by Steven Spielberg, two female characters have built up tension between them throughout the series which finally culminates in the two sharing a passionate kiss on the mouth.

No disclaimer is displayed on the episode in question.

The show’s maturity rating is “TV-PG”, which suggests it is suitable for children with parental guidance. Various theatrical elements contribute to a show or movie’s maturity rating. When Netflix rates a show, it identifies rating components or notable elements that are present.  Jurassic World Camp Cretaceous, which is a show about a group of teenage campers fighting dinosaurs, lists “violence” as the only rating component contributing to the PG rating. It does not identify sexual content in the series.

Netflix also has a “teens” category, which recognizes titles that may be unsuitable or inappropriate for children under 13 or 14 years old. Netflix placed Jurassic World Camp Cretaceous in the genres “Kids’ TV”, “TV Cartoons”, “TV Shows Based on Books”, and “Family Watch Together TV.”

Netflix is no stranger to controversy regarding the sexualization of children. The streaming platform was called out for its promotional poster and trailer of the show “Cuties” which depicted prepubescent girls twerking in revealing dance outfits.

There has been a growing public concern for children being exposed to sexual content across various mediums, particularly content relating to sexual orientation and gender identity. For this reason, Gov. Ron DeSantis signed the Parental Rights in Education law, which prevents Florida schools from discussing certain sexual topics with young elementary school children and preserving the rights of parents to decide if and when to introduce LGBTQ topics to their children.

DeSantis has also recently condemned the sexualization of children by 'woke society.'

This is just SICK! The sexualizing of our children by Leftists 🤡s continues. 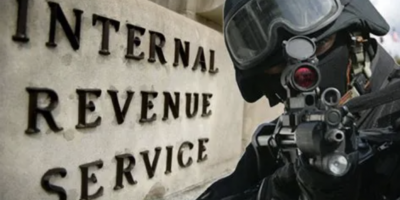 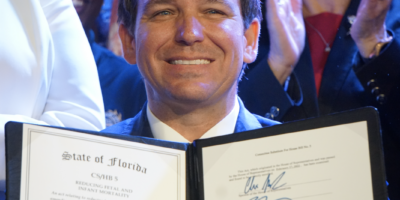