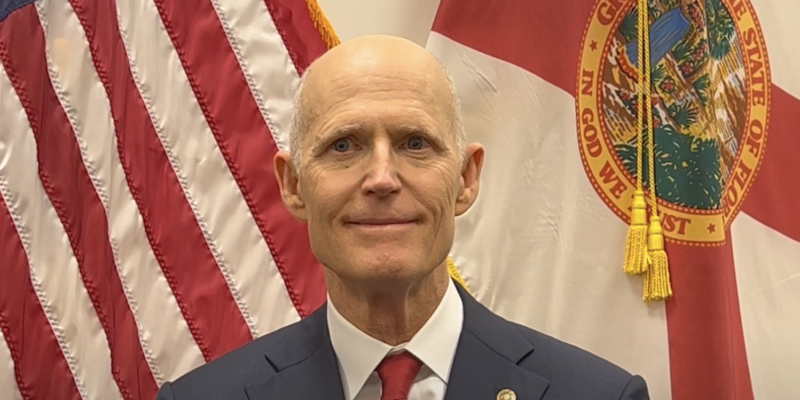 As inflation continues to grow and a recession looms, Congress continues to propose new means and ways to continue spending. Among these proposals is the Creating Helpful Incentives to Produce Semiconductors for America (CHIPS) Act. On July 25th, Senator Rick Scott (R-FL) wrote a letter to the Wall Street Journal criticizing the CHIPS Act. The Act, intended to subsidize American semiconductor production, comes with a $280 billion budget. Sen. Scott refers to this as "nothing but a reckless spending spree." Additionally, he argues that the bill as it stands does little to curb Chinese economic influence. As the bill stands, chip producers would receive money allowing expansion in China.

The Senator's proposed amendment to the CHIPS Act would halt expansion. Furthermore, companies are to cease operations in China in the event that China invades Taiwan. Finally, the Commerce Department must conduct return-of-investment analyses that would prove net-positive returns for taxpayers. Should there be any violations of these additions, the amendment includes provisions to return dollars to American coffers.

"The new Chips Act is nothing but a reckless spending spree. That’s why I’ve been fighting it for over a year. If higher inflation from even more spending isn’t enough to make my Senate colleagues pause, consider the consequences of the bill’s weakness on China. At a minimum, the Senate should pass my amendment fixing it," writes Scott.

These statements echo similar concerns voiced earlier this year by Representative Michael Waltz (R-FL). In April, Waltz stated that "The CCP is stealing its way to the top through intellectual property theft and espionage." Thus, says Waltz, in order for the United States to remain economically viable and stop China's growth through underhanded means, it is important "to ensure that CHIPS Act funding for semiconductors and investments in other technologies will not be stolen by the CCP."