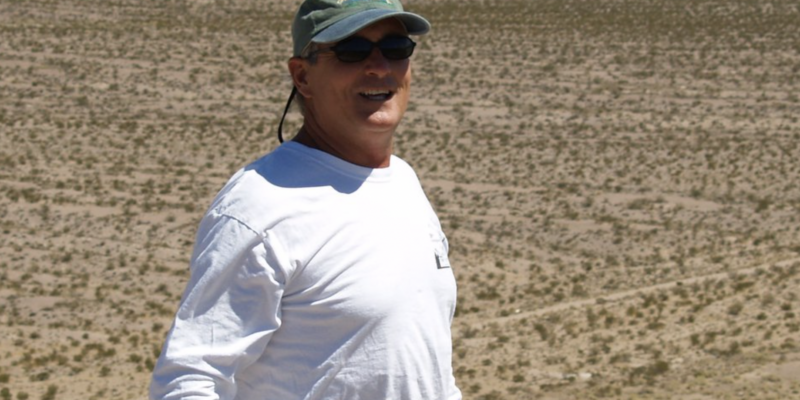 State Rep. Jim Mooney (R) is pushing back against the TV ad the Floridians for Truth Now political action committee has been airing about the Representative’s past arrest for drug trafficking, and has sent Comcast a cease and desist letter threatening legal action if the ad is not taken down.

Rep. Mooney’s attorney Richard E. Coates penned the letter to Effectv, whose parent company is Comcast, where he stated that the advertisement was “patently false,” claiming that Rep. Mooney had “ever been arrested for dealing dangerous drugs near children” as the advertisement claims.

"Even before Mooney voted against Parental Rights, he had a history of exploiting students when he was arrested for dealing dangerous illegal drugs near the University of Florida.  Shame on you Jim Mooney," states the ad. "Parents and children just can't trust Jim Mooney."

Coates’ letter concluded by stating that Mooney, “ is prepared to pursue all legal remedies against your station for the continued airing of false statements about him.”

Alexander Borell, the attorney for Floridians for Truth Now, responded to  Mr. Coates’ letter, asserting that Mooney did in fact sell drugs near children. 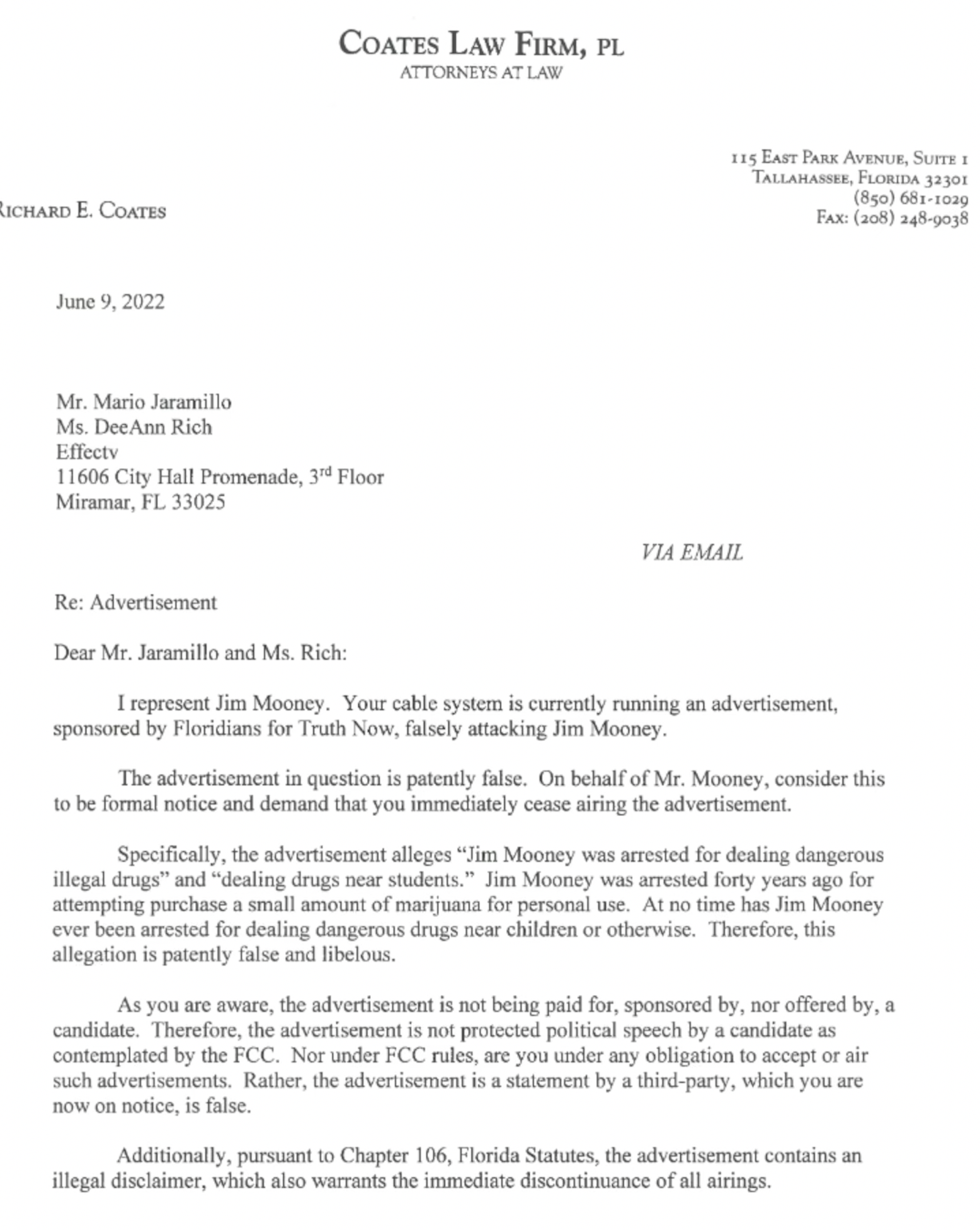 Borell stated that when Mooney was arrested, police took him into custody 1.3 miles away from the University of Florida, which is “surrounded by several elementary, middle and high schools.”

Borell also contends that Mooney told police that he intended to sell the drugs in Gainesville, saying, “It is all going local, right here. We will get rid of every bit of it right here, one time.”

According to a sworn deposition by Officer Roger Crase, the investigating officer on the case, Mooney, who said the drugs were for “personal consumption,” admitted to selling 100lbs of marijuana at $235 a pound locally, and added that Mooney was both a “dealer” and a purchaser.

Mooney, who has been endorsed by Republican leadership in the Florida Legislature, is running for reelection against Rhonda Rebman Lopez, who he narrowly defeated by 148 votes in 2020.