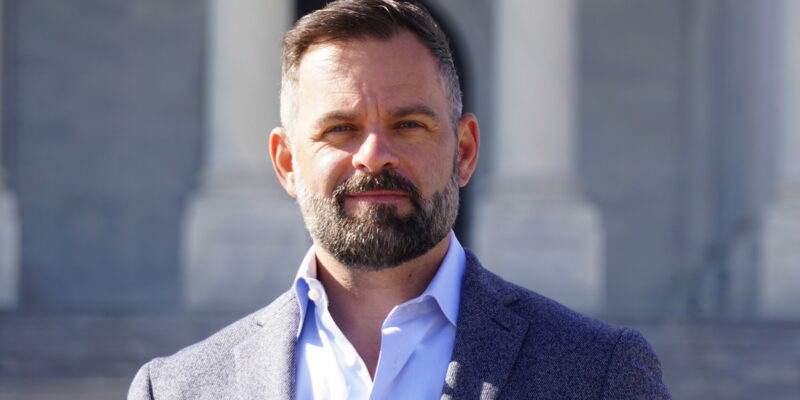 During a meeting of the Volusia County Republican Executive Committee this week, combat veteran and Republican congressional candidate Cory Mills addressed the ongoing “indoctrination” by “woke” school boards and districts, calling for criminal charges to be brought up against school book publishers who target minor children.

“We should make it so that every single publishing house who publishes documents with the explicit purpose of spreading them to underage children, should be brought up as a criminal ally, the same as cyberpornography,” said Mills

Mills told The Floridian that he will introduce legislation in the House of Representatives to hold book publishers accountable for promoting pornography to underage school children.

Mills added that he has already received support for his potential measure from several members of Congress he had discussed it with.

In Florida Gov. Ron DeSantis signed the Parental Rights in Education bill, has cracked down on school districts across the state and has banned numerous books that he and the State Department of Education have deemed harmful to children.

Mills praises Gov.DeSantis for his actions, calling the parental rights law the “gold standard” for every U.S. governor to follow.

In a written statement to The Floridian, Mills expanded on his congressional proposal to hold the publishing houses accountable for creating and distributing pornographic books to children.

“The parental rights bill is the right start. And that should be the benchmark, the gold standard for each individual governor in each state legislative office  What I want to do at the federal level, however, is just to try and hold these publishing houses accountable at a criminal level, making it a felonious act,” stated Mills.

Many of the sexually explicit books being made available to children are printed in illustrated form. Mills believes that any book regardless of its format that contains “pornographic” illustrations should be banned.

“If they publish a pornographic or an inappropriate book , regardless of it being in cartoon form for not, that is for the explicit intent to distribute to youth or to minors and our educational systems,” added Mills.  I think that by making this criminal act the same way as we do with cyber pornography, or those who try and deal in child pornography, things like this through the internet.”

“I think that we should be looking at the same thing because there shouldn't be kind of a double standard where it's okay to create pornographic graphic material to distribute to children, but then we don't hold them accountable at all for what they're doing.

If children can't get into adult stores, why should we be putting adult material into our libraries?”

Byron Donalds to President Biden: We Told You So