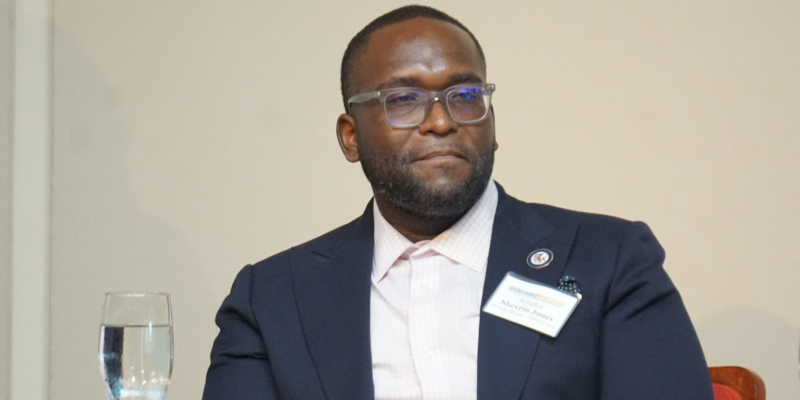 State Senator Shevrin Jones (D-35) is firing back at Governor Ron DeSantis (R-FL) on redistricting and calling this special session a "waste" of "taxpayer dollars."

"The problem we have now is the Speaker and the Senate President disagrees with the governor on the fact of him inserting himself in the map,' said Sen. Jones. ' Why is that?  Because you start muddying the lines, like what's happening right now."

The Senator continued, "For instance, you begin to dilute black districts from four to two.  And or, Hispanic districts from three to one.  So representation and having people sit at the table is what both presiding officers have said, 'Listen I have constituents in my chamber, both the black and Hispanic community,' and communities at large that are saying this is not a good idea, and they are pushing back."

Jones gave a very optimistic outlook for the session ahead, saying that he hoped that Senator Wilton Simpson and Speaker Chris Sprowls would "hold the line" against Gov. DeSantis.

"My hope is that both presiding officers hold the line, and they continue to say that maps should be drawn by the legislature, and just approved by the governor."  Sen. Jones added, "So that's why we're going into special session, we're about to waste taxpayer dollars on the 19th through the 22nd to deal with something that we should not be dealing with right now."