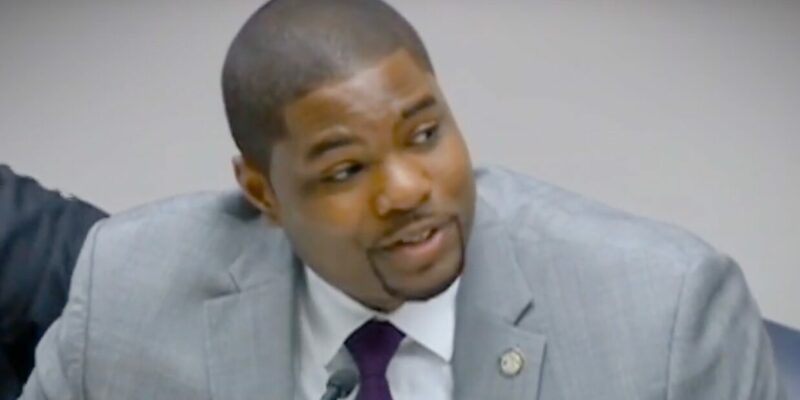 Congressman Byron Donalds (R-FL) spoke about term limits and his time in the political arena in a sit-down interview with Forbes. In the interview, Donalds sees that term limits “far outweighs the bad” when compared to the good that they could produce. There has been a push on the right to bring term limits to fruition, including Sen. Ted Cruz (R-TX) at the federal level, and Congressional hopeful and State Rep. Anthony Sabatini (R-FL) at the state level, who’ve brought this issue to the forefront.

TERM LIMITS FOR EVERY ELECTED OFFICIAL IN THE UNITED STATES

"TERM LIMITS FOR EVERY ELECTED OFFICIAL IN THE UNITED STATES," tweeted Sabatini.

“Very supportive…I think that what you get when you have term limits is you have members who are focused, much more focused on accomplishing what they can accomplish in the time period they’re here," said Donalds.

In addition, Donalds also says he feels the frustration that some Americans feel when asked about Congress’s performance.

“In Congress there are no deadlines. The only deadlines we deal with here are debt ceilings limits, and we have to fund the government. Those are the two bid deadlines here. That’s not good enough for the American people," added Donalds.

According to Real Clear Politics, the American people agree with Byron Donalds. And it’s not even close. The RCP data shows that only 22.7% of Americans approve of the job that Congress has done so far while a whopping 67.5% percent disapprove.

An extended clip of the Donalds interview can be found here:

TERM LIMITS: @RepDonaldsPress explains his thoughts on term limits and how long he wants to stay in Congress. pic.twitter.com/dmKJSo0dx6