Florida State Rep. Anthony Sabatini (R), who is running for the U.S. Congress as an America First candidate in Central Florida, has just tweeted that the Florida Legislature should use taxpayer dollars to help the Canadian truckers in Canada that are protesting the vaccination mandate.

“Florida’s state budget this year should include funding for the Canadian truckers. They’ve done more to fight mandates than anyone—they deserve our support,” stated Rep. Sabatini.

Sen. Rand Paul (R), who has endorsed Rep. Sabatini’s congressional run, has opposed U.S. taxpayer-funding foreign aid and recently told The Daily Signal that, “It has always been my imperative to put America’s interests first. This means focusing on funding critical infrastructure projects at home like the I-69 corridor project, rather than in foreign countries.”

The rebuke against Sabatini and his statement has been swift.

Individuals identifying themselves as Sabatini supporters appeared perplexed by the conservative stalwart’s call to use Florida tax dollars to help Canadian foreign nationals. 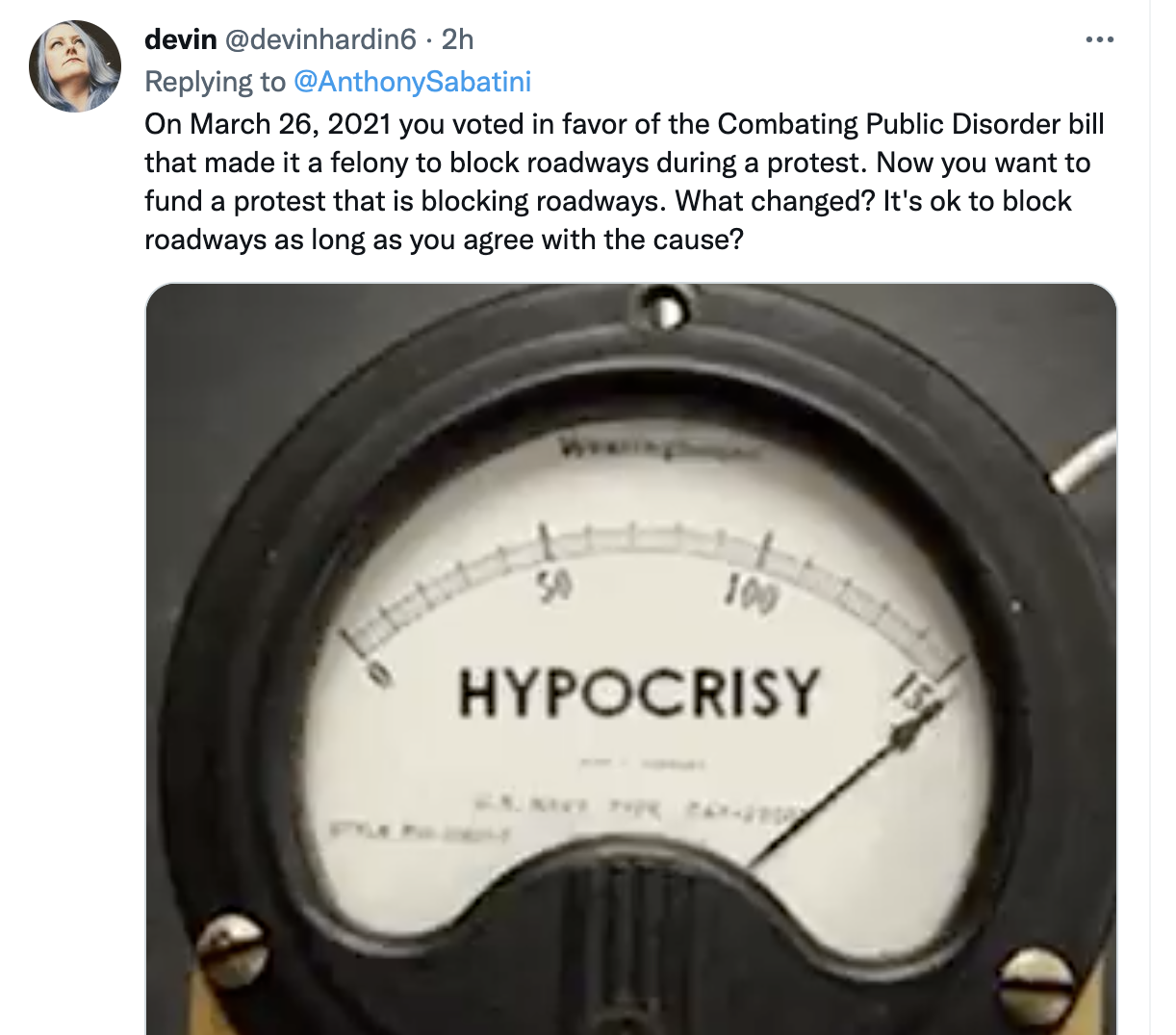 “Hell no! I think Sabs was Twitter drunk when he posted that,” said Rep. Joe Harding (R).

Attorney and state legislator, Rep. Alex Andrade (R), said that this was a federal issue and not the “purview of State Government.”

“The Constitution and its delegation of authority says that international affairs are not the purview of State Government. That being said, companies acting anti-freedom internationally should face consequences within our borders, and I believe the truckers' movement is exactly the same fight we’re fighting here in Florida against the woke Biden agenda,” said Rep. Andrade.

Sabatini has taken aim at several of his Republican colleagues in Tallahassee, with Speaker Chris Sprowls and Rep. Chris Latvala shouldering the brunt of his “RINO” attacks

In response to The Floridian’s request of for comment on Sabatini’s tweet, Rep. Latvala took a jab at Sabatini’s missed votes and absences to committee assignments.

“No. The Florida Legislature usually does not fund International affairs. But that would mean Anthony would have to be in attendance in Committee meetings or Session to understand that,” said Rep. Latvala. But to give him the benefit of the doubt, he still does not understand that in order for a bill to become law he needs to have a Senate Sponsor. Maybe the Speaker's new 4th grade civics curriculum can help him?”

But while his supporters and colleagues have expressed their disapproval of his Canadian trucker tweet, his Republican congressional opponent, Combat Veteran Cory Mills, took several big swipes at Sabatini.

Mills, like Sabatini, is running as an America First candidate.

“I support the Canadian freedom convoy but do not agree to sending American taxpayer money and funding Canada. This foreign aid is NOT America First!” stated Mills.

Mills suggested that instead of calling American tax dollars to help subsidize the salaries of non-American citizens, equating Sabatini’s call to action to what “Dems and Biden” are calling for.

“Let’s support American truckers and American workers before taxpayer money funds Canada. I support #FreedomConvoy2022 but let’s allow individuals to decide to donate, not use American or Florida taxpayer's money. This is the same thing Dems and Biden is trying to do with taxpayers $$,” tweeted Mills.

Sabatini did not return our request for clarity and comment.

Rep. Stephanie Murphy (D) recently announced that she would not seek re-election to the U.S. House of Representatives. 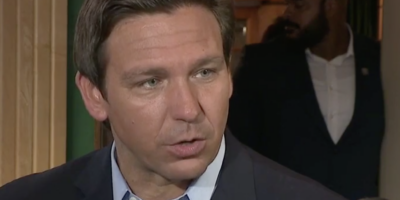