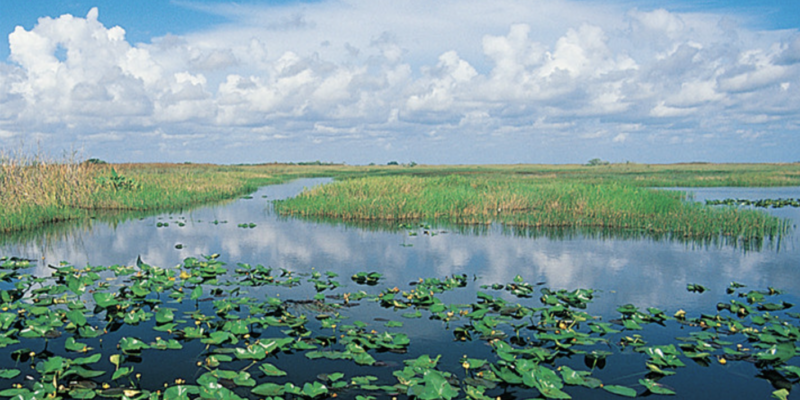 As the Florida Legislature moves closer to bringing the state budget in for a landing, Republicans in both chambers are expressing concern that without adopting the budget language contained in Senate Bill 2508, Floridians could be left depending more on Washington for their water.

The bill, sponsored by Senator Ben Albritton (R-Wachula), was amended earlier this month following concerns raised by Gov. Ron DeSantis over whether the bill would jeopardize funding for the Everglades Agriculture Area Reservoir (EAA). Senate Republicans quickly rectified the issue, clarified that the legislation does not impact EAA Reservoir funding, and voted in favor of the measure.

While the issues have centered on Everglades restoration and Lake Okeechobee discharge, a key point of contention is the federal government’s attempts to increase control of Florida’s water supply.

Prior to the bill’s introduction, the South Florida Water Management District had been seeking to maintain control of water in Lake Okeechobee during dry periods. A January story in the TC Palm noted, “SFWMD Assistant Executive Director John Mitnik asked the Army Corps for ‘explicit reliance’ on the state agency when the lake level falls to that level, so it can ensure irrigation and drinking water supplies to various stakeholders.”

Without intervention by the Florida Legislature, the U.S. Army Corps of Engineers has indicated it would support a measure in the upcoming Lake Okeechobee management schedule that would take additional control of water at levels that are currently controlled by the State of Florida.

The water from Lake Okeechobee is a critical resource for irrigating wellfields near downtown West Palm Beach as well as tribal lands for the Seminole Tribe of Florida. Additionally, it is a significant resource for South Florida farmers, which grow sugarcane, fresh vegetables, sod, rice, nursery plants, and other crops.

When asked where they stand in the state vs. federal control of water debate, Florida Republican legislators overwhelmingly expressed support for maintaining state control.

“I fully support Florida maintaining control over its own water resources, environmental concerns, and its own future,” said Senator Dennis Baxley in a statement to The Floridian.

Now the bill goes to the Republican-led Florida House of Representatives, where Republicans appear to be lining up in support of the bill.

Another Republican legislator, Rep. Jason Fischer, who is considering a run for the U.S. Congress is North Florida, believes that the Biden administration cannot be trusted with Florida’s water issues.

“The Biden/Brandon Administration has weaponized the federal government and clearly they can’t be trusted. Gov. Ron Desantis is a champion for our environment and when it comes to water issues in Florida, I trust him to do the right thing for our community and our state,” stated Rep. Fischer in response to The Floridian’s request for comment.

“The city of West Palm Beach strongly supports Senate Bill 2508 because that legislation secures an ample supply of safe drinking water for the nearly 130,000 consumers of our water — residents, businesses and visitors to West Palm Beach and the towns of Palm Beach and South Palm Beach,” said James in a Monday letter to the Palm Beach Daily News.

Barring any unforeseen disputes, Gov. Ron DeSantis is expected to sign the budget following its passage in the Florida House.