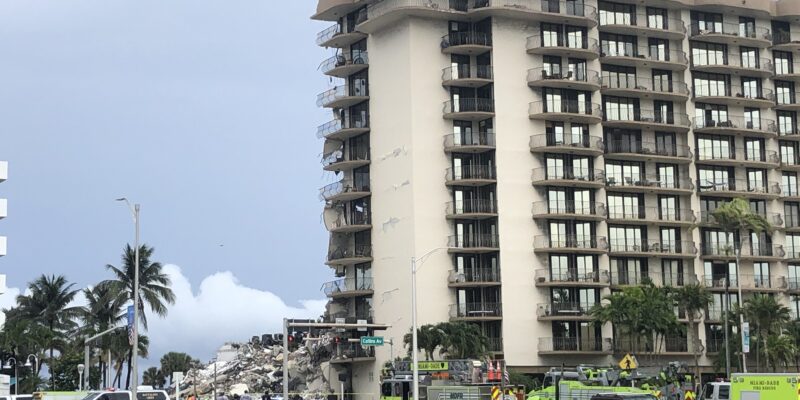 Facebook Twitter
After the deadly collapse last year of the Champlain Towers South condominium building in Surfside, the chairwoman of the Senate Community Affairs Committee filed a proposal Friday to require inspections of multifamily residential buildings in the state.
The bill (SB 1702), filed by Sen. Jennifer Bradley, R-Fleming Island, would require what are described as “milestone” inspections for buildings that are higher than three stories. Such buildings within three miles of a coastline would have to be inspected in their 20th year and every seven years after that. Other such buildings would have to be inspected in their 30th year and every 10 years after that.
Rep. Debbie Wasserman Schultz (DD), who represents Surfside and surrounding municipalities, was able to help secure $22 million in federal funding to help in the investigation of the collapse.
The inspections would be done by architects or engineers. When the buildings are condominiums or cooperatives, copies of inspection reports would be required, in part, to be distributed to unit owners. The bill is filed for consideration during the legislative session that will start Tuesday.
“The Legislature finds that maintaining the structural integrity of a building throughout its service life is of paramount importance in order to ensure that buildings are structurally sound so as to not pose a threat to the public health, safety or welfare,” the bill said. “As such, the Legislature finds that the imposition of a statewide structural inspection program for aging multifamily residential buildings in this state is necessary to ensure that such buildings are safe for continued use.”
Javier Manjarres contributed to this News Service of Florida story
Facebook Twitter