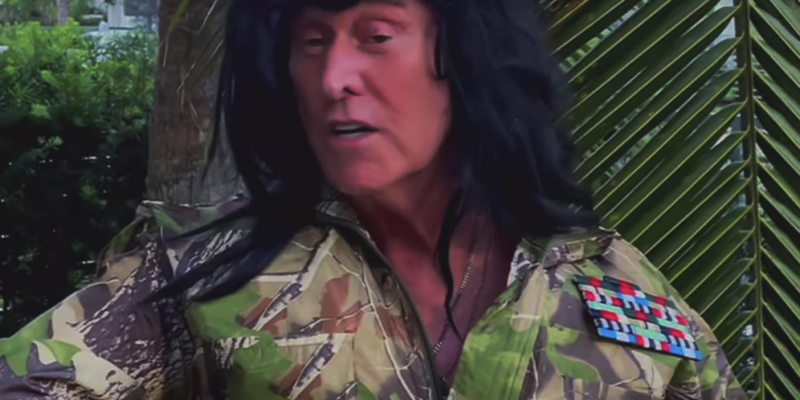 Stone put out a short video calling out Luna on her military service, insinuating that she lied about her where and how she served in while in the U.S. Air Force.

Her real name is Anna Mayerhofer , She isn't Hispanic.

These are not the fatigue she wore in combat. This is not the military-grade weapon she carried in combat.

These are not the medals she won for valor in combat, in fact, although she was in the Air Force, she was never deployed outside the United States and never saw combat.

In Florida, it's against the law to lie about your military service record.

We can only assume that Makki is referring to her military service, but Makki is probably referring to Luna’s admission that she supported the “Obama/Biden ticket TWICE before claiming she’s now a conservative.”

Luna has in the past called herself “a two time very avid supporter of Obama in my early years and considered myself a Democrat.”

Makki lost to Luna in the 2020 Republican primary, but then Luna went on to lose the general election against Rep. Charlie Crist (D) by a greater percentage than what then-President Donald Trump lost by in the same congressional district.

In addition, Roger Stone is saying that  US combat veteran Matt Tito, who ran a strong race for the Florida Statehouse in 2016, will enter the congressional race against Makki and Luna before Thanksgiving"

In a recent op-ed, Stone stated, “It’s an odd choice particularly since ‘Luna” as she now calls herself did not run a particularly strong race, losing badly by 30,000 votes, running 5 points behind Trump who only lost the district by 1 % while Luna lost by 6%.