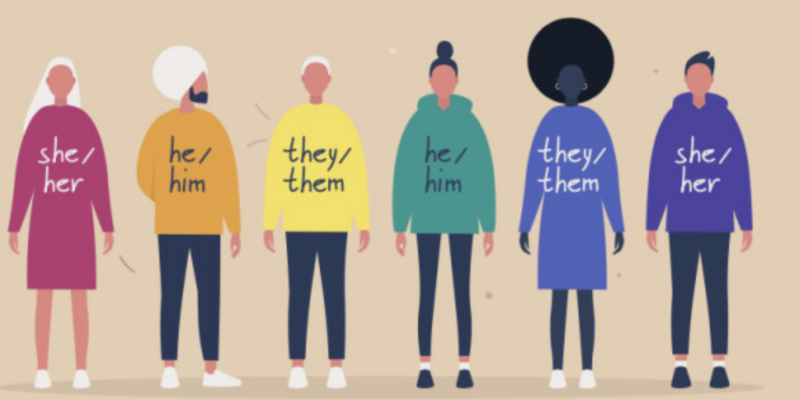 With China wanting to dominate the world, Dictator Maduro in Venezuela oppressing Venezuelans, Americans being left behind in Afghanistan, Americans being kidnapped in Haiti, and an illegal immigration border crisis that is compromising U.S. national security, the United States Department of State appears to be laser-focused on the need to promote International Pronouns Day.

No, this is not an excerpt from the Babylon Bee.

Florida Senator Marco Rubio (R) couldn’t help but poke fun at the State Department, tweeting, “This is what the people in charge of our nations foreign policy are working on today.”

We decided to look into the link the State Department’s tweeted about when it acknowledged “International Pronouns Day.”

“Today on International Pronouns Day, we share why many people list pronouns on their email and social media profiles. Read more here on,” read the tweet.

The ShareAmerica story describes the use of “third-person personal pronouns” here:

Third-person personal pronouns are used to describe a person or people, in American English grammar, as the subject, as the object or in the possessive.

These pronouns include the gender-neutral they/them/theirs — words that traditionally refer to a plural number but that today are used by some individuals who identify as gender nonbinary or who prefer not to share gender information. Other pronouns include the feminine she/her/hers and the masculine he/him/his. Some people are pioneering gender-neutral pronouns such as ze/zir/zirs.

Many Americans are including their pronouns on social media profiles or name tags or as part of email signatures. They state them in meetings, whether online or in person, and at other venues.

A recent Pew Research poll shows that 1 in 5 Americans know someone who goes by a pronoun or two.

Will we see more legislators in Washington using pronouns to describe themselves?

This is what the people in charge of our nations foreign policy are working on today https://t.co/hJk2fpyzPj