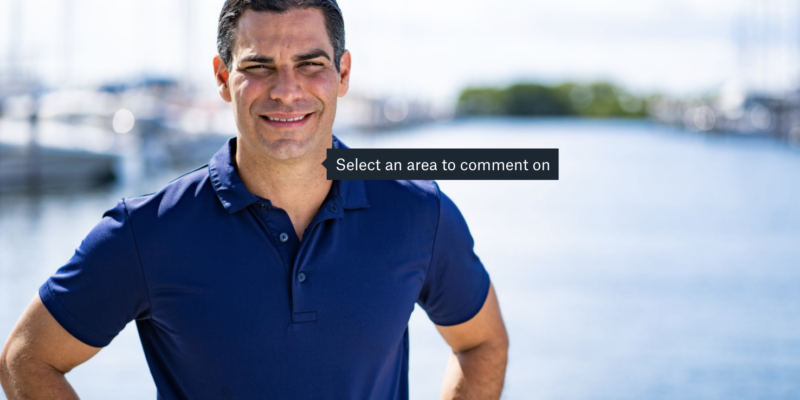 As the Biden Administration declares it will pull Monoclonal antibody treatments in Florida, more publicly elected Republican and Democratic officials are coming out in support of the lifesaving treatment, including and Miami Mayor Francis Suarez (R), who reminds Americans that former President Donald Trump created the vaccine in Operation Warp Speed.

“People often forget that the vaccine was developed by Donald Trump in Operation Warp Speed, so it's Trump's vaccine, in essence,” said Mayor Suarez.

During an interview with The Floridian in Miami, Mayor Suarez hailed President Trump’s decision to buy up the Regeneron Monoclonal supply  in 2020, saying that the “Regeneron decision was a great decision,” and that everything he has “seen and heard and read about the Monoclonal antibodies demonstrates that it's extremely effective.”

Suarez also agreed with Florida Gov. Ron DeSantis’s approach of combating the COVID virus by pushing both vaccinations and treatment for those infected, saying that that he agreed with DeSantis’s “comprehensive” approach against the vaccine.

“The vaccinations will prevention from getting sick you do get sick, if you are a breakthrough case, you're less likely to get very sick and then the monoclonal antibodies are great on the treatment side right,” concluded Suarez. “Because if you got sick you have to have the best treatment available, so I agree that it's comprehensive.”

Gov. DeSantis has recently stepped up his continued call for vaccinations as he promotes his Monoclonal treatment initiative, at Broward Health in Fort Lauderdale, Florida.

Agriculture Commissioner Nikki Fried (D), who is has been critical of Gov. DeSantis's campaign against the COVID virus, also come out in support of DeSantis's antibody treatment initiative.